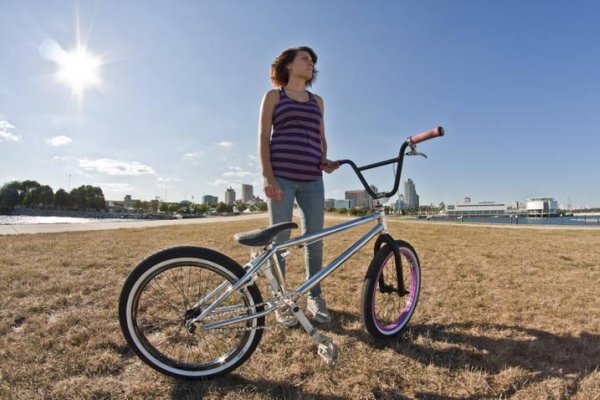 I hope you guys enjoyed the previous spotlight on Kiera, our next interviewee hails from South Milwaukee Wisconsin which is known for beer and fish fry according to wikipedia. She originally started out skateboarding, but later moved onto bikes instead, good choice. Say hello, to Brooke Betancourt.

When and how did you started out riding? I used to skateboard and always hungout with the bikers and realized I wasn’t going anywhere with skateboarding seeing I could barley ollie! So I picked up a bike and started peddling. I don’t regret the choice I’ve taken! I started riding the winter of December 2010 and didn’t get too serious until a year ago.