Amanda Geving signs with YessBMX for 2014 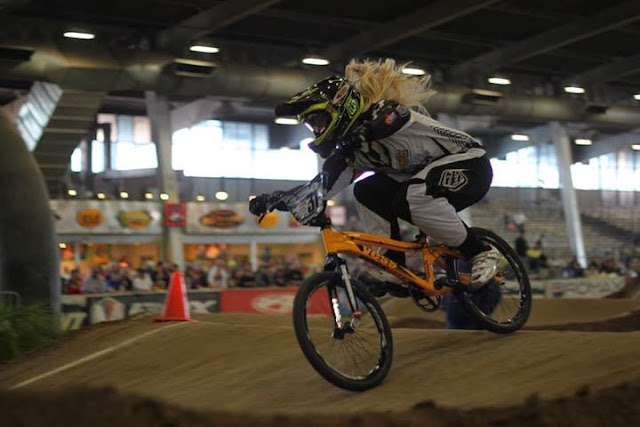 PRESS RELEASE: SURREY, BC (Canada) — Yess Products Ltd. is excited to announce that Amanda Geving has re-signed for 2014 with the YessBMX Factory Team.

“Amanda Geving has shown her skills at every 2013 National that she is truly a contender among the Elite women of the world. She even backed up her results with earning a third place on the Podium at last thanksgiving’s USABMX Grands, we expect big things from her in the coming years,” said Renny Husada, Yess Products Ltd.’s Brand Manager.

Last year Amanda Geving swept through the SSA Florida State series with a flawless results. She became quite accustomed to the podium throughout the pro-series for the Elite Women class in the USABMX National Series.

“We were really happy with having Amanda represent our Brand and with her positive image and her countless hours of giving back to the community through series of clinics and coaching sessions at her local tracks,” Husada added.

Geving has already claimed her first two wins at the SSA Florida State series at Tampa BMX on the first weekend of the year. You will be able to see her at most of USABMX National Series events. She will be riding the long awaited 2014 YessBMX Frame.