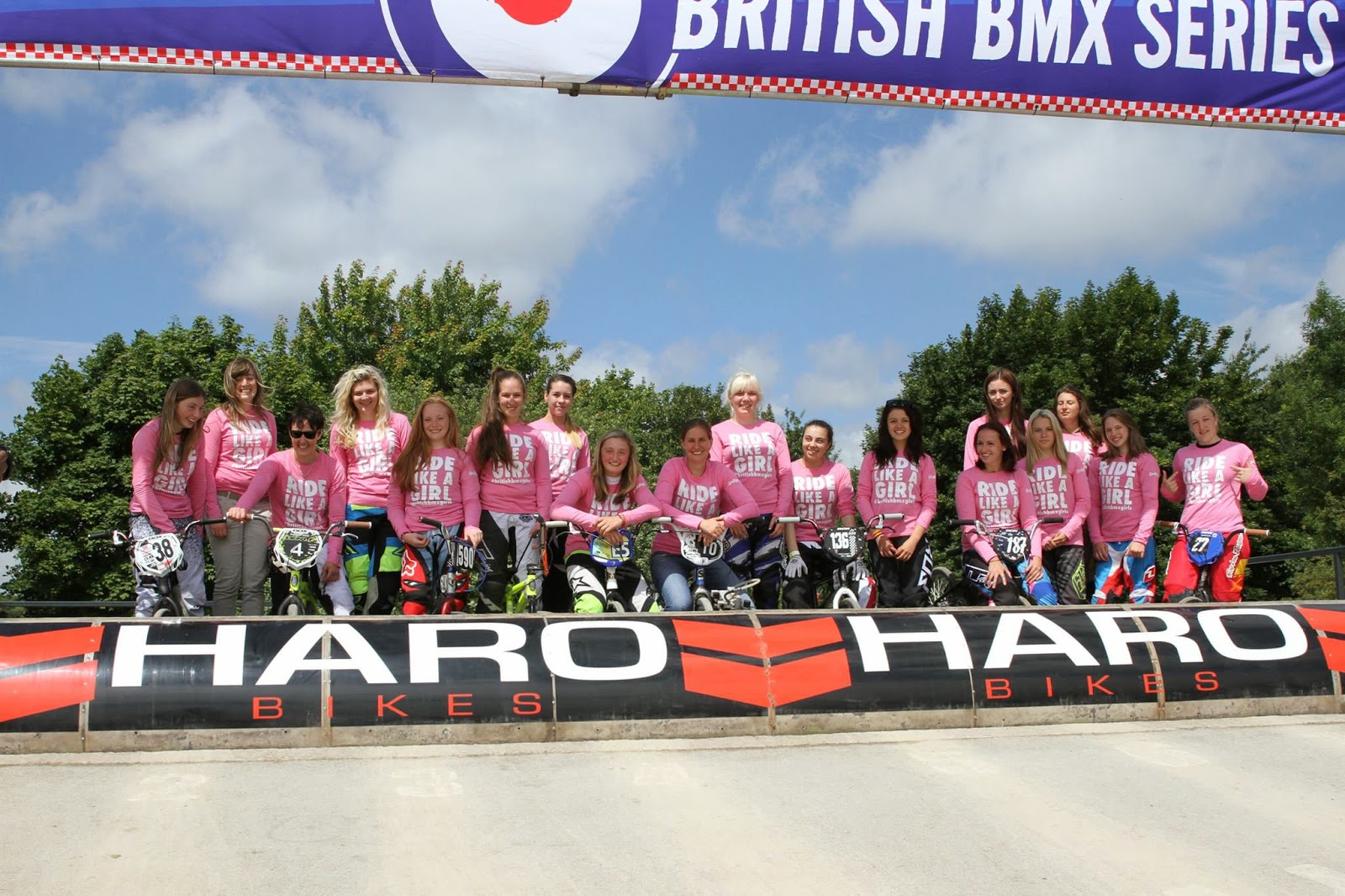 Last weekend at Rounds 6 & 7 of the British BMX series, the women of the UK’s top category launched their “Ride like a Girl” project.

The idea was the brainchild of Ellie Dewdney and Lauren Smith; co-founders of ‘GoBMX’ girls only coaching organisation; along with Joey Gough; veteran of the UK women’s BMX scene and ex World Champ. They were disheartened by the fact that the British BMX Series staged a podium with novelty cheques for the men but not for the women, along with the fact that the women’s prize money is only a quarter of that of the men’s and the winner receives only half of what the winner would have earned in the mid 1990’s.

However, they did not want to stage a protest or complain. They decided the best way to tackle the problem was to begin promoting girls BMX in general and it’s female stars. Joey said “Although we feel it’s a shame the prize money has dropped so much since a time when the sport was actually far smaller, we felt that rather than simply have a moan, it would be far more pro-active if we set about proving the female riders in BMX are really worth something, to initiate a change in the promotion of females in the sport and in turn how they are perceived by the rest of the BMX World. We need to make ourselves marketable to potential sponsors, so being invited to stand on the podium is an important first step towards that. 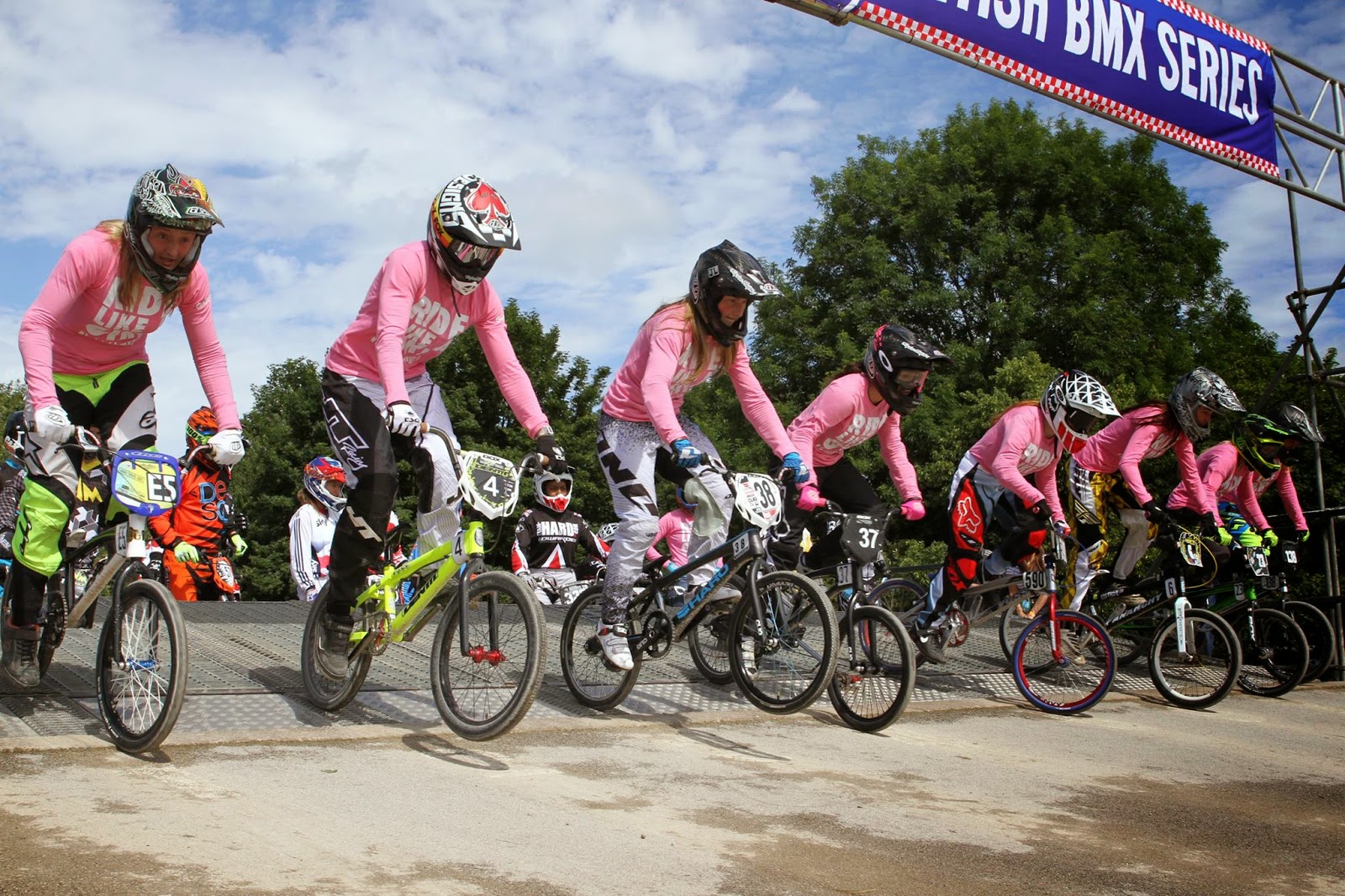 “We came up with a lot of ideas, the first being that we would arrange an autograph session with giveaways to give us a chance to meet and inspire a younger generation of riders, and the second a plan to sport t-shirts promoting female BMX that we planned to sell, with the profits going into the podium prize fund at he British Championships later this year….but there are more ideas in the pipeline too.”

The “Ride like a Girl” t-shirts the women were sporting on mass, sent a clear and powerful message that riding a bike “like a Girl” is something to be proud of. “We want the younger generation of female BMXers to know there are no limits to what they can do on a bike, we want to encourage them to jump big, ride fast, and be rad…….like a girl, and tell everyone at the same time!” commented Ellie. 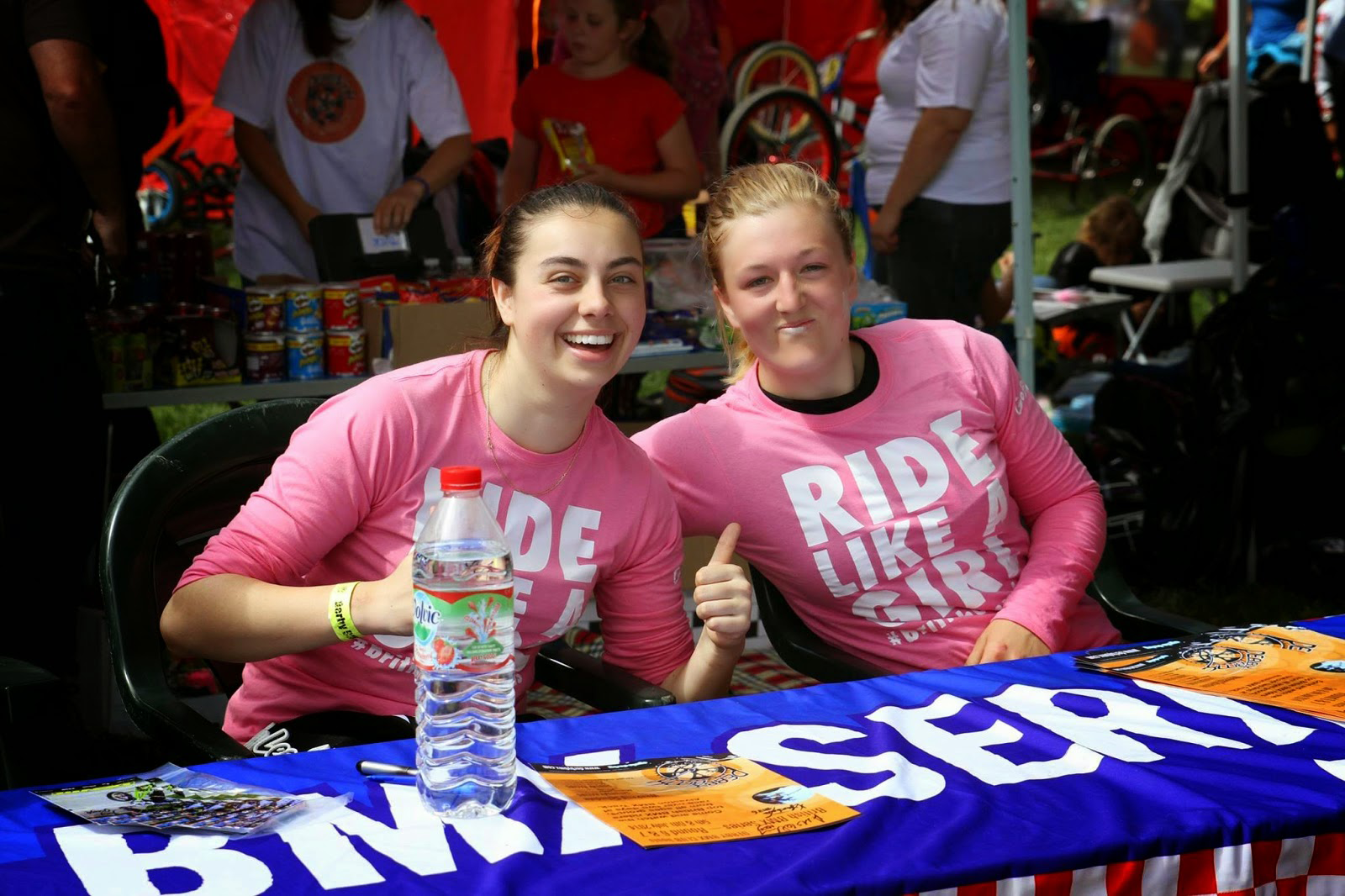 The launch at Derby was a huge success with orders flying in for the t-shirts. On top of that after discussions with the organisers of the British Series in the run up to the event, it was arranged that podiums and novelty cheques would be provided for the women’s category. Ellie said “We have been overwhelmed with the response this weekend, we have had t-shirt orders from as far as Canada and Austrailia, and seeing the Championship Women’s top 3 up on the official podium was the icing on the cake. It’s been quite an incredible weekend, we’d like to thank everyone for their support!”

If you would like a “Ride Like a Girl” t-shirt, visit http://gobmx.bigcartel.com/ but get your order in quickly as you will only be able to order until the end of this week!