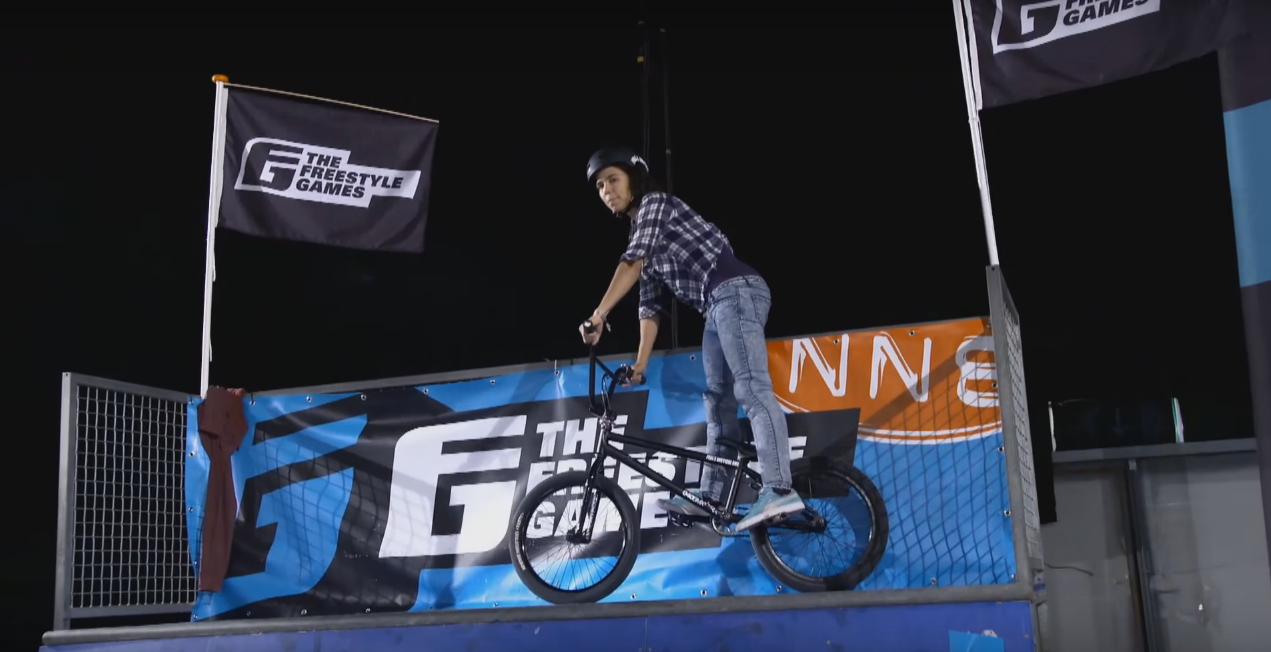 I wasn’t too sure what this was, but after some Googling I think I solved the mystery! Check out these clips from when Shanice Cruz was on a reality show called “The Freestyle Games”. Based in the Netherlands, the Freestyle Games is basically like a talent show but for multiple disciplines, and everyone competes in their own sport. People are voted off and some are sent to boot camps. Regardless, pretty rad to see a great rider finally being exposed!