I recently had the pleasure of hanging out with Dani George, and her friend Austin Hiatt while they were in Toronto for Canada Cup. In short, this girl is super rad and she was awesome enough to do this interview with us about her time in Toronto. 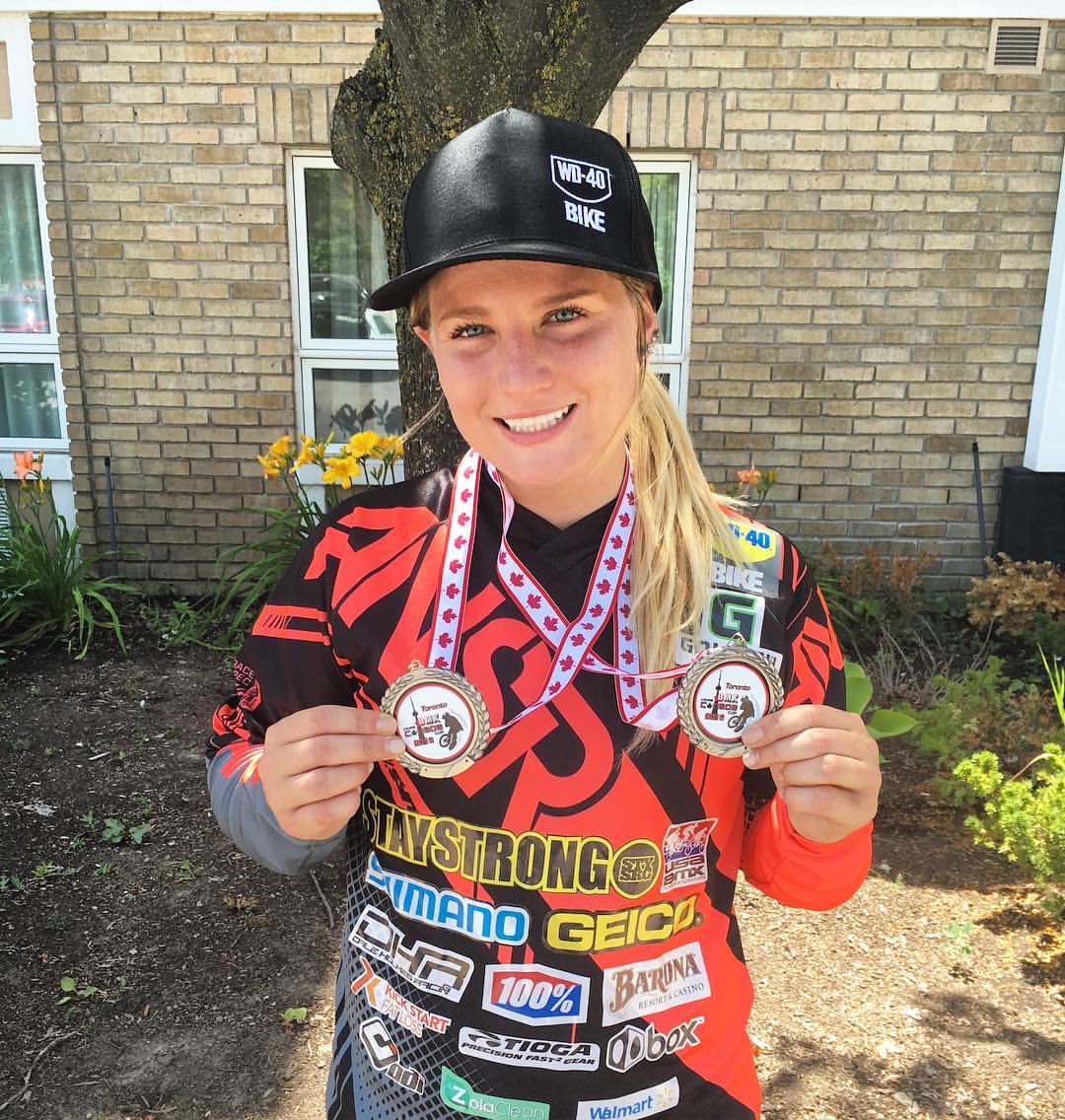 How long were you in Toronto for, and what was your reason to hit up a Canada Cup?
I took a red eye from San Diego on Wednesday evening and arrived in Toronto bright and early Thursday morning and was there through the race on Sunday. I decided to go to the Toronto Canada Cup while I was recovering from injury. I broke my collarbone at the Manchester World Cup and as a result, I missed 3 big Supercross races. So to make up for lost race time, I was searching for other races I could do and the Canada Cup races fit my schedule. I wasn’t looking to chase points or money. I just wanted to race. I originally planned on doing the race in Quebec the week prior but it didn’t work out. The cool thing about going to Toronto was that it gave me an opportunity to spend time with family and friends I rarely get to see.

Aside from racing, did you have time to hit up any of the attractions or grab something good to eat? 😉
After practice on Thursday, I met up with locals (Amelia Walsh and yours truly, Beatrice Trang) for dinner at this really cool Thai/Japanese cafe spot that I was pretty stoked on. I also got the chance to visit Niagara Falls. I was hoping to check out downtown Toronto, but I was told it was like the Los Angeles of Canada and time didn’t permit. I made sure to grab my fair share of Scotch mints and Coffee Crisp candy bars because I love them and we don’t have them in the States.

What was your take on the Centennial BMX track, and is it comparable to any of the other UCI sanctioned track? Likes and Dislikes
Personally, I liked the track. The hill and first straight was standard supercross format while the rest of the track was relatively tame compared to most tracks. It made for some fun and fast racing. It’s nice going to a race where your biggest worry is going as fast as you can and not whether or not you can actually get around the track and at what cost.

How were the Canadian fans, did they treat you well?
They were awesome. Very kind and happy to have me. I’m grateful to feel so welcomed.

You did great during the weekend, landing 2nd on both dates right behind Mariana Pajon. Are you satisfied with your results?
Yes! I don’t see how I couldn’t be. Mariana is a great and humble competitor and it was cool to be able to line up in the gate with her before she competes in Rio to defend her gold medal.

Where to now, and when’s the next big race for you?
I’m spending the next few days in Canada then it’s back home to San Diego. The rest of the summer, I’ll be riding with the USA Olympians, helping them prepare for the games and also finish racing the rest of the season. Next up for me is the USA BMX race in Pittsburgh. I’ll hit the remainder of the pro series USA BMX races and the last two World Cups of the year, hoping to get some results and have fun along the way.

Double Down for Sam Willoughby

#challengeaccepted to the strong and beautiful women who nominated me and all of the ROCKSTAR gals out there that choose to lift one another up🌟 ... It’s incredible seeing the power of #womensupportingwomen around the… https://t.co/iGq83YTTnI