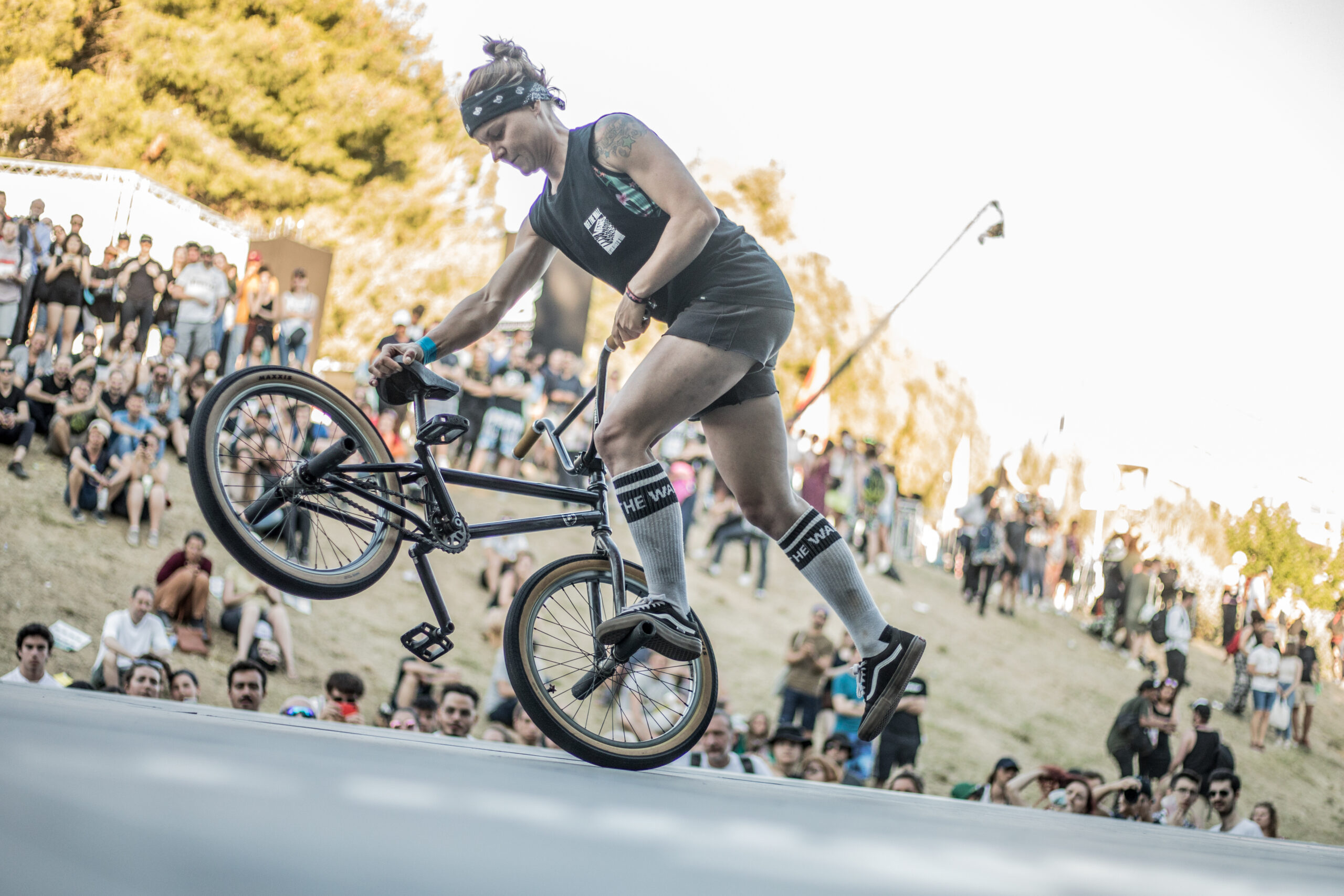 The Executive Board of the International Olympic Committee (IOC) recently gathered to review the submissions of events and disciplines from the International Federations for the 2024 Olympics in Paris. On topic was the possible inclusion of Flatland as an Olympic event. Flatland was announced as a regulated UCI event in 2018, and following after was the first Championships in Chengdu, China, putting the discipline on the Olympic radar, crowning Irina Sadovnik and Dominik Nekolny as the 2019 World Champions.

From the UCI President David Lappartient: “The integration of BMX Freestyle Flatland into the programme of the UCI Urban Cycling World Championships marks the appearance of a new UCI World Championships for cycling. I am delighted to see this demonstration of our sport’s dynamism. In addition, the arrival of this discipline reinforces the identity of an event that was created to meet the expectations of a public that enjoys a show and to make our sport even more popular with the younger generation.” 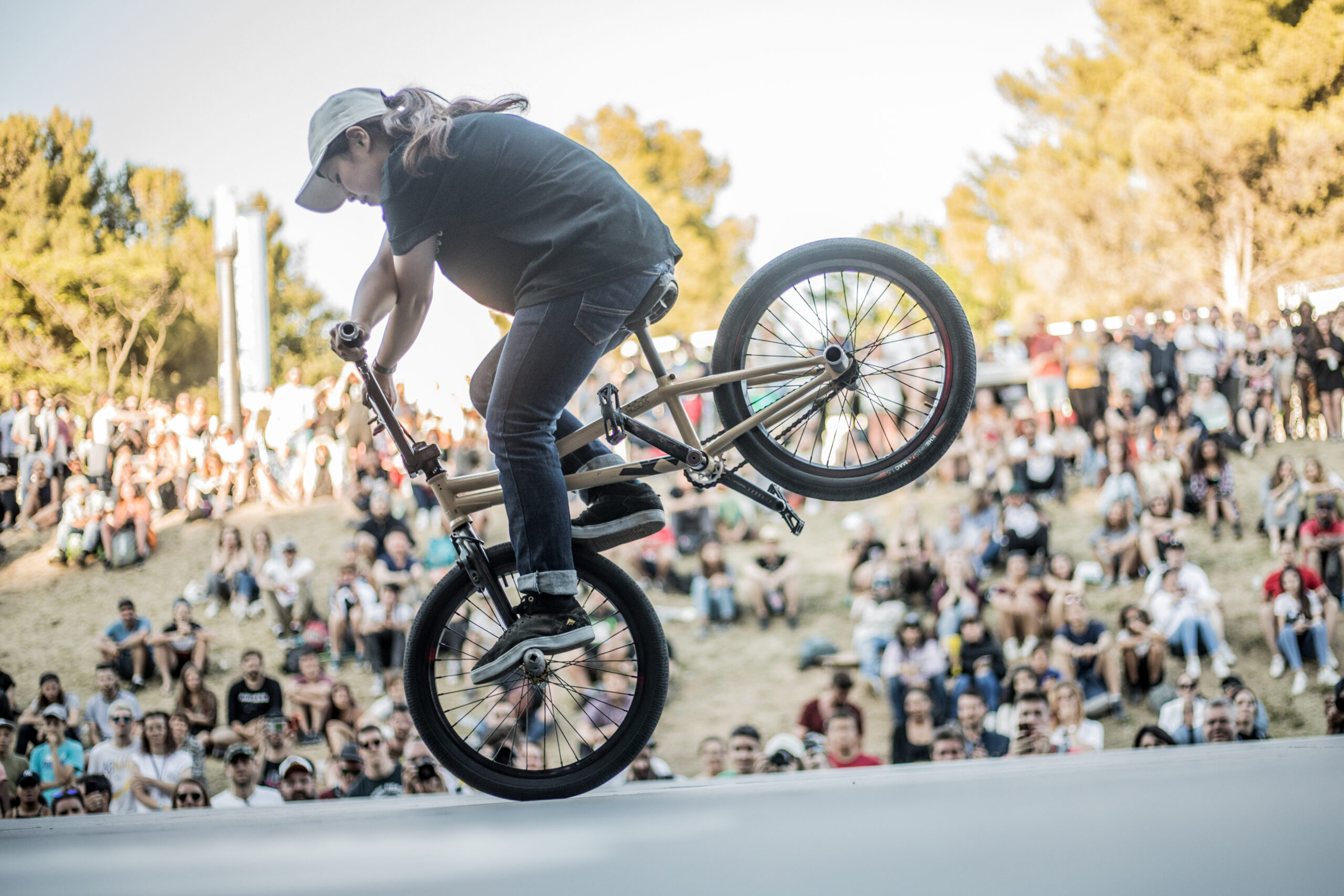 Unfortunately, through a more recent press conference, the IOC will not be including Flatland in the Paris 2024 Olympics, some media sites and athletes suggesting that it was due to the lack of female participation. However, what has been confirmed is that the goal for the IOC was equality, and reducing the number of total athletes. 41 sports and disciplines were suggested for the 2024 Olympics and what happened was none of them got approved. The UCI however did manage to add 6 athletes towards the BMX Park discipline, which was something that went against reducing the number of athletes but was solved by taking away spots from other cycling disciplines.

From Bart De Jong in Flatland: “Lots of good stuff coming up for flatland in 2021. We continue to push it. There is a World Cup Ranking now for Flatland. Continental Championships are about to happen for Flatland (2021). Flatland events can be added to the UCI calendar. 2020 was a very challenging year for all of us to put on international events. The pandemic is not over yet which makes it difficult to plan international events for the upcoming weeks. But we’re dedicated to both Park and Flatland. We welcome Male/Female riders at all events that are listed on the UCI BMX Freestyle calendar.”

The Union Cycliste Internationale (UCI) is delighted to announce that an equal number of female and male cyclists will be taking part at the Olympic Games Paris 2024. The development was confirmed earlier today, when the Executive Board of the International Olympic Committee (IOC) met to discuss and approve the event programme for the Games.

Gender equality is one of the objectives of the UCI’s Agenda 2022, the Federation’s roadmap for the development of our sport. A total of 514 athletes will take part in the cycling events at Paris 2024, with an equal split between women and men. A first in the Olympic history of our sport, this parity has been achieved thanks to changes made to the athlete quotas for cycling’s disciplines. Having already been achieved in mountain bike, BMX Racing and BMX Freestyle Park on the Tokyo 2020 programme, gender parity is now a reality for road and track cycling as well.

The biggest changes come in road, where 90 athletes of each sex will compete at Paris 2024, thanks to some men’s quotas being transferred to women and the quota for the discipline being slightly reduced. This is a historic development for road, which has been on the Olympic programme since the inaugural Games of the modern era in 1896. The quotas allocated to female riders increased from 45 at Los Angeles 1984, when women’s road cycling made its Olympic debut, to 67 at Athens 2004 and have remained unchanged through to Tokyo 2020. After peaking at 184 at Atlanta 1996, men’s quotas dropped to 145 in 2004, then 130 in 2020, ahead of parity in 2024.

Gender parity has been achieved in track cycling thanks in the main to the granting of seven additional places to participants in the women’s team sprint, with the number of riders in women’s sprint teams increasing from two to three, the same as the men. As a result, 95 women and 95 men will compete in the track cycling events at Paris 2024. Like road, track has been on the Olympic programme since 1896. A further step towards gender parity had already been taken with the introduction of the women’s Madison at Tokyo 2020.

It should be pointed out that this significant development for our sport comes at a time when the number of athletes taking part in the Games is being reduced across different sports, in line with the recommendations of the IOC’s Olympic Agenda 2020. Cycling will thus have 14 fewer places at Paris 2024, a reduction that affects road and mountain bike. This moderate decrease will be partly offset by the allocation of one extra place for track cycling and six in BMX Freestyle Park, with the number of athletes competing in both the men’s and women’s freestyle events increasing from nine to 12.

With its two long-standing disciplines of road and track cycling having been joined by mountain bike (XCO) in 1996, BMX Racing in 2008 and BMX Freestyle Park in 2020, cycling is the third-biggest sport on the Olympic programme, with a total of 22 medal events. Despite the modest quota decrease, this continues to be the case, with all medal events and cycling disciplines present during Tokyo 2020 maintained in Paris.

UCI President David Lappartient said: “It gives us great satisfaction to achieve what is a key objective of our Agenda 2022. Gender parity at the Olympic Games Paris 2024 sends out a strong message to our athletes and society as a whole. The UCI is committed to a policy of equal representation of women and men both on the field of play and in governance. Following the introduction of a minimum salary for professional women riders, among other developments, this is another big step forward that does justice to our Federation and our sport and of which I am especially proud. I would like to thank the IOC for its support, at a time when International Federations must make an effort to adapt the organisation of the Olympic Games to the demands of the day.”

Member of the UCI Management Committee as President of the Athletes’ Commission, Olympian and multi-medal winner at UCI World Championships for cyclo-cross and mountain bike, Katerina Nash said: “Paris Games will be the first time gender parity will be achieved for all disciplines. I’ve been looking forward to a much larger women’s field at the Games for quite some time now. To hear that the 2024 Games will have equal number of male and female riders is a great news and very important step forward in the sport of cycling. We have been seeing an amazing growth across all the women’s disciplines along with impressive competition. Olympic Games can elevate everyone’s career and create more opportunities for those currently racing as well as those who are dreaming of being part of the sport in the future.”

Open
@cbuchanan68 definitely had her Nutri-Grain on rac

Open
@arina_brabus absolutely killing it with this stre

Our final from @AusCyclingAus Shepparton day 2