Where is she now? w/ Vanessa Brazeau 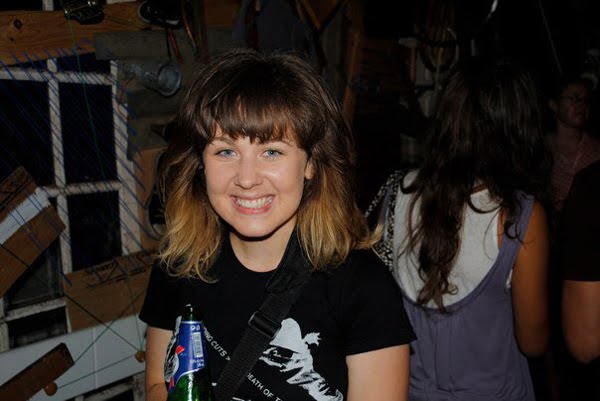 I’m from Niagara Falls, Ontario, 25 years old, currently living in Berlin. I started riding at 16 and during my high school years road trips were almost every weekend, mostly New York, Ohio, Pennsylvania, Ontario and Quebec. I really appreciate that my parents trusted me as much as they did – being on overnight trips with a bunch of dudes wouldn’t go over well with most. Those were really great times with great riders.

Then I went out west to Vancouver for University. The choice was almost completely based on the amazing reputation the city has for BMX. I just got lucky that UBC happened to be one of the best schools in Canada. 6 years in Van City gave me a great base for new adventures around the North West, and it seems like I drove from Niagara more times then I flew.

I studied abroad for a year in Melbourne and rode around Australia and New Zealand with the anchor crew www.anchorbmx.au who I miss lots.

After graduating I moved to Toronto for a year and a half, enough time to save up and move to Berlin. Didn’t do much riding though and on the way to Berlin I spent a month in Finland at an artist residency, but I didn’t bring my bike.

Describe your involvement with art

I did a BFA in Visual Art. My practice took a focus in drawing, video art, hand drawn animation and performance, with a pretty theoretical base. Like I mentioned I did a year at an art school in Melbourne, which was nice because it was more practical. I always thought I’d do grad school for Architecture but the idea of more school right now isn’t very appealing. Real life is waiting and there is a lot to learn from it before I commit to anything else. I just wanted to do something that will make me happy, something that I will be passionate about, and right now my art is doing that.

I spent this past March at the Arteles Creative centre in Finland, and then moved to Berlin last month to create, live, and get inspired. The art scene here is unbelievable. There is so much collaboration and sharing of ideas. It’s a lot like BMX, a super small community within a giant population. I’m continuing to have exhibitions, and create projects with other artists. I have a small show coming up next week and this past weekend I performed in a piece for the Berlin Month Of Performance Art Festival. I’m really excited because I’ve been here just 2 months and already great ideas are flowing in my mind and my hands are working. 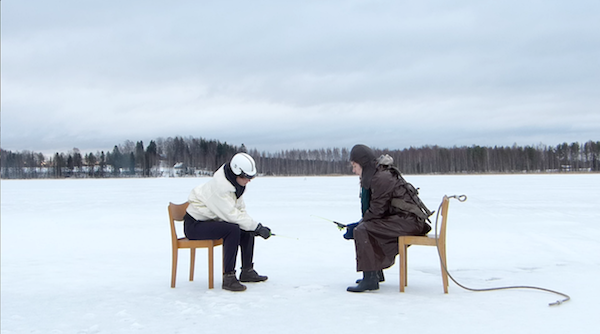 We talked briefly before, how when we started riding all we did was talk, eat at breath BMX and because of that we both became burnt out from it. We shared the common thought that it’s important to include other hobbies and interests in your life and that BMX should really come second to life, not to say it wasn’t an important part of our up bringing.

Very well put. The best memories I’ve had with my friends are off of our bikes. I think to really appreciate something you need to step away from it a bit and see it from a distance as well. I don’t understand kids that go to the skatepark everyday to ‘practice’. It takes all the fun out of BMX.

So I understand you kind of stop riding for a little bit, but you are getting your second wind.

Yah. Riding just wasn’t where my mind was for a while. Which I think is okay. Sometimes things phase in and out of life. I didn’t want to force it because then it wouldn’t be fun anymore.

It was hard at first because riding was a huge part of who I was. I think that was part of the problem. I didn’t have much of an identity off my bike, it always took over the conversation “Wow, your a chick that rides BMX! ”. That was all people wanted to talk about, but I wanted people to be excited to know me for other reasons too.

I’m not sure why my passion to ride came back recently, but it did. I really want to ride again. My bike is currently on its way to me via Canada Post. Maybe its being in Europe for the first time, and having so many new places to ride and explore. How do you feel this is different from the first time you rode?

I feel like riding is more of a hobby for me now and won’t consume my life in the same way it used to. I am definitely not as fearless as I was then so I think also my riding style will be different. I really had no concept of my mortality and did a lot of awesome but stupid shit before. I feel like now I’m going to be a lot more laid back and technical on my bike. It will still be nice to learn new tricks but I can’t see myself riding full speed at 8 foot spines like I used to.

Is there anything you are nervous about, like stepping back into a park for example?

Not really, I mean once you understand the physics of a bike on a ramp and have committed to tricks enough times, muscle memory and confidence will take care of the rest. Its more the strength thing I will have trouble with. I don’t want to get frustrated when I bunny hop less than half of the height I used to be able to. It sucks to not be able to do something that used to come so easy, but it will come back with time.

Tell us about your new life in Berlin

Berlin has been great so far. Great people, Great city, Great ideas. I’m making amazing new friends and getting inspired. I’ve been keeping with that connection between bikes and art and am guiding bike tours of the street art around Berlin. We go to independent galleries that are doing amazing stuff and visit artist studios too. Its a project by George Ironside, a new friend, badass female street artist and future BMX rider (She’s teaching me how to use spray paint, I’m teaching her to drop into a quarter pipe) (www.ironarttours.com) and Finding Berlin Tours (www.findingberlintours.com) . There is definitely a connection between BMX and street art, whether its about finding new spots, challenging authority, or testing physical and mental limits so it was a natural attraction. I’m also bar-tending with George at her weekly exhibition Turbo Tuesday at f.u.c. bar. Also working on a few collaborative projects with other artists and friends. Not gonna release the details but stay tuned.

Video : How to Nothing with Peta Shepherd