Have you seen Natalya Diehm’s edit for the Yeah Zine Video Contest? No?! Where have you been!? Let’s start by watching her edit below, followed by an interview with this 15 year old rider from Australia, ending with some sweet questions from you guys.

Hometown: Gladstone, Queensland
Sponsors: Condemned bikes and I just recently have been hooked up with Osiris Shoes Australia and not forgetting Mum and Dad LOL.
Years riding: I started riding when I was 8, then when I was 10 I had a bad injury. For the next couple of years, I rode on and off ( between injuries) and have only recently got right back into it in the last 18 months

Being that you’re only 15, when did you start riding and how did you get into it?

I got into riding when I was very young, I wanted to ride my bike to school but I wasn’t allowed because my bike didn’t have brakes. So my mum took me into the local bike shop and I got my first BMX bike, which was a GT. That afternoon, we went to a skatepark and I learned how to go up and drop into all the quarters and I instantly fell in love with the sport.

What made you choose BMX? – Submitted by Anonymous I actually started riding a scooter at first, then when I saw my older sister Tahlia learning new tricks on BMX, I thought I wanted to be like her. 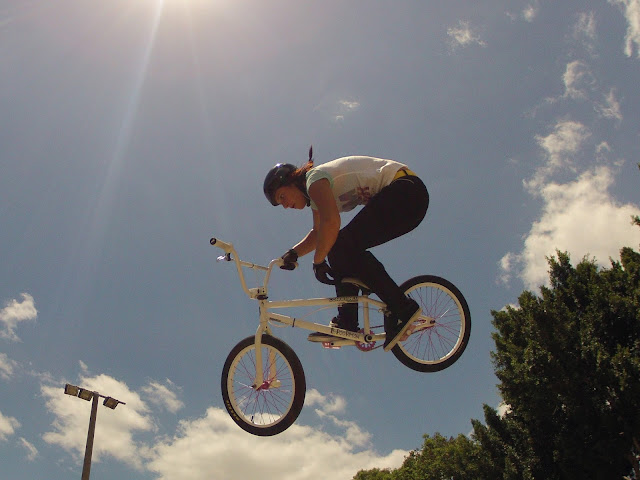 Where do you typically ride with and who do you ride with?

I ride at my local skateparks; Boyne Island, Calliope and Rockhampton and as much as possible I like to make the long drive to the Gold Coast and Hervey Bay. I never go anywhere without my best friend Toby Greig who also rides ( hahaha who has broken 19 bones and quite often needs to take a time out )

What was the first trick you learned? – Submitted by Anonymous The first trick I learned was probably how to double peg a quarter.

What has been the most difficult trick to learn so far? – Submitted by Anonymous Hahaha definitely flairs and whips!!! A lot of frustration and bruises. 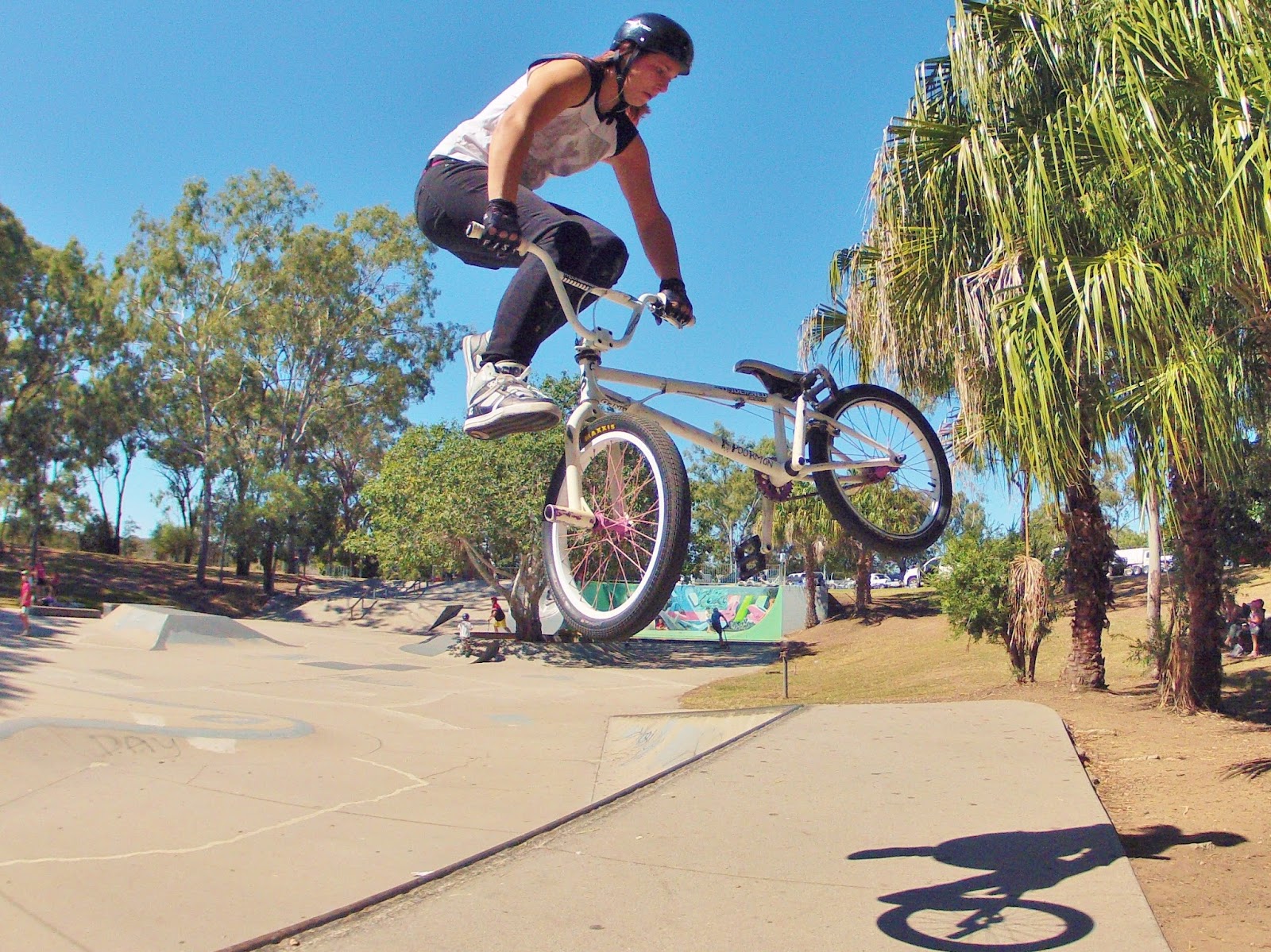 How long did it take you to learn flairs and how did you overcome the fear?

I had just learned backflips and my next goal was to learn flairs. I never really gave flairs much thought and one day, when other people were trying them, I pumped myself up to just go and huck one with a single mattress on concrete and it didn’t end well. Not landing it then, just made me more determined to learn it and that’s when I started watching YouTube videos and asking for pointers from other riders who could flair. I practiced flairs as much as I could for about 8 weeks, watched Harry Mains tutorial and something finally clicked and I landed it on four mattresses in my half pipe. 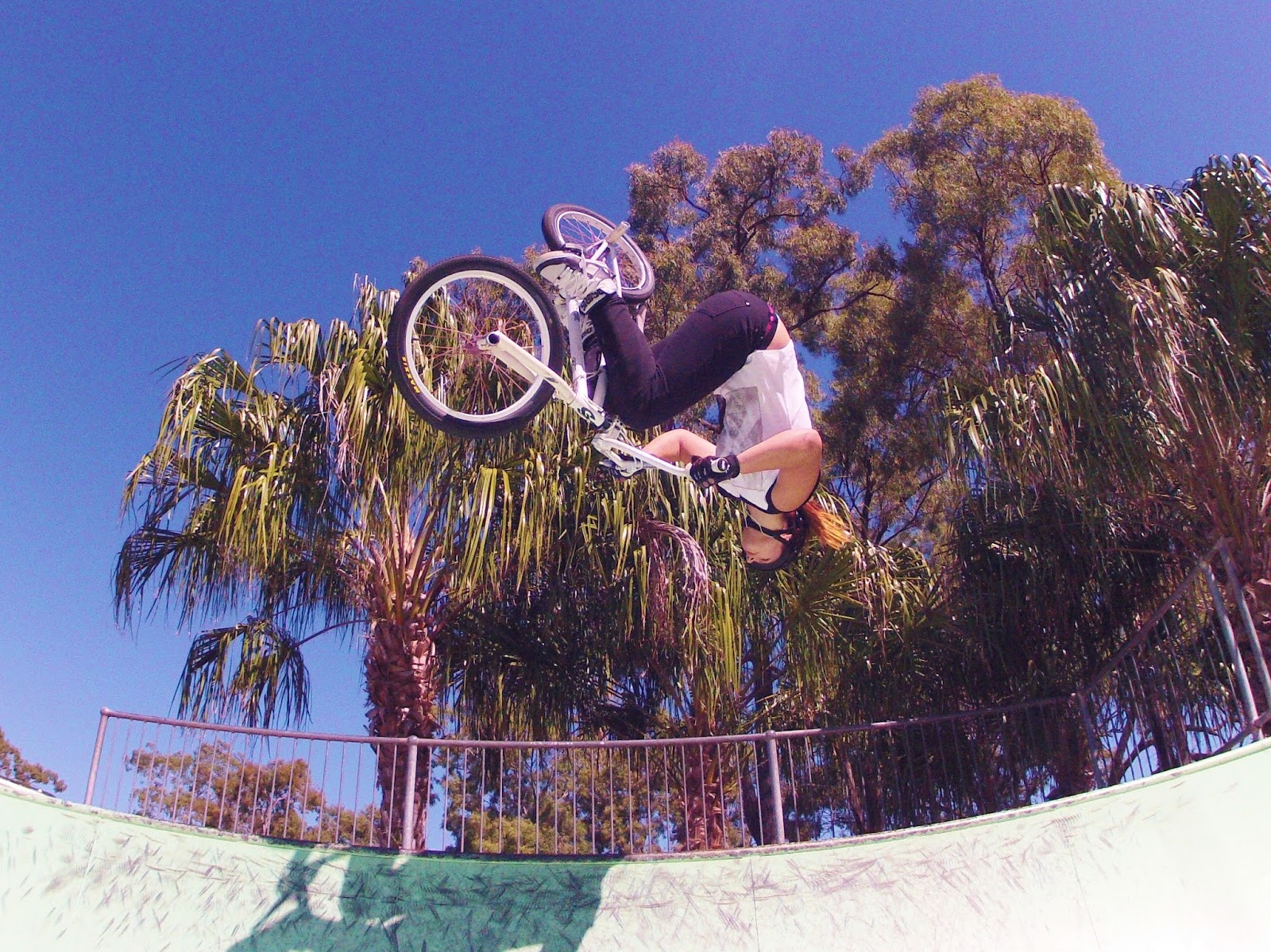 What trick(s) are you currently learning? – Submitted by Anonymous I’m focussing on air tricks in quarters and half pipes like for example a tuck no hander air

Have you experienced any major injuries? – Submitted by Anonymous Yes, I have broken my elbow 3 times and now need a whole elbow reconstruction when I finish growing and I have broken my hand once. 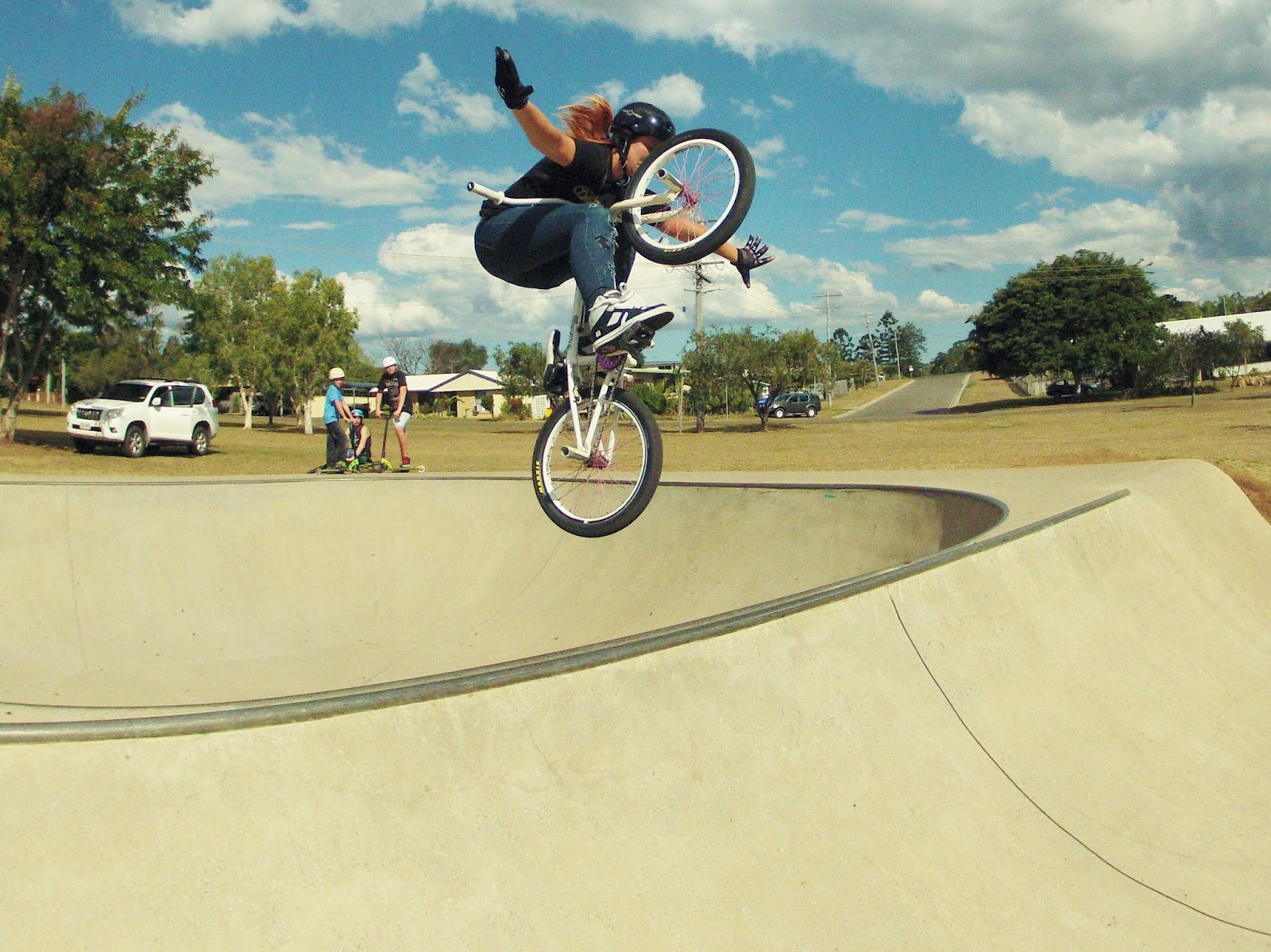 Are you happy with the video (shown above), was there anything you wish you had in it or are you content.

It had taken me a while to put the edit out as I’m very critical of myself when I ride and my family encouraged me to put it out and the response I have received has been amazing and unexpected. 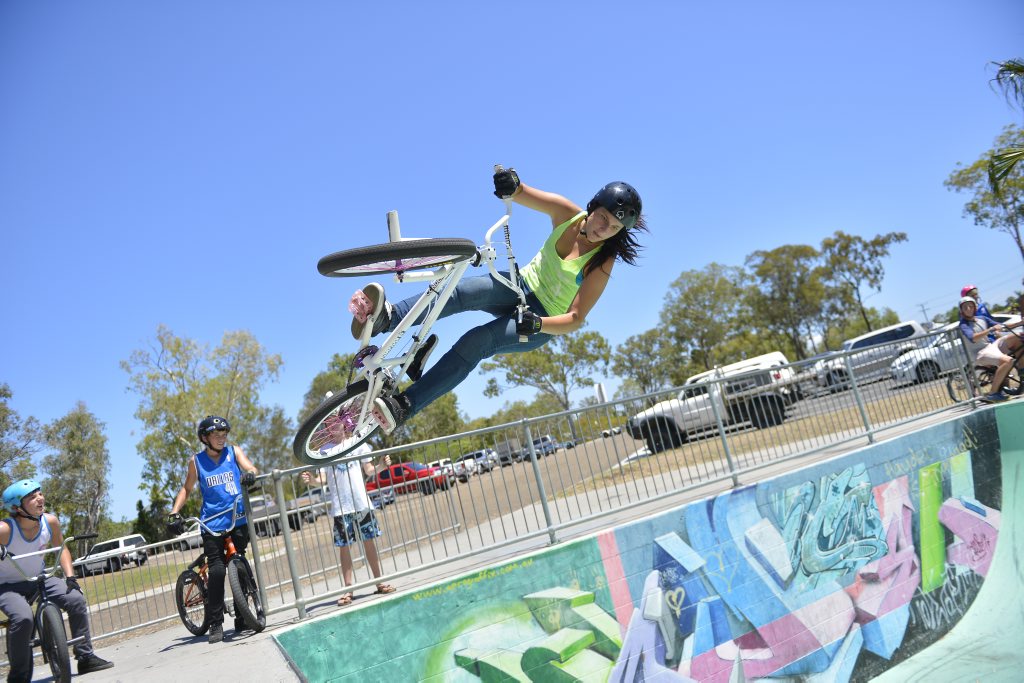 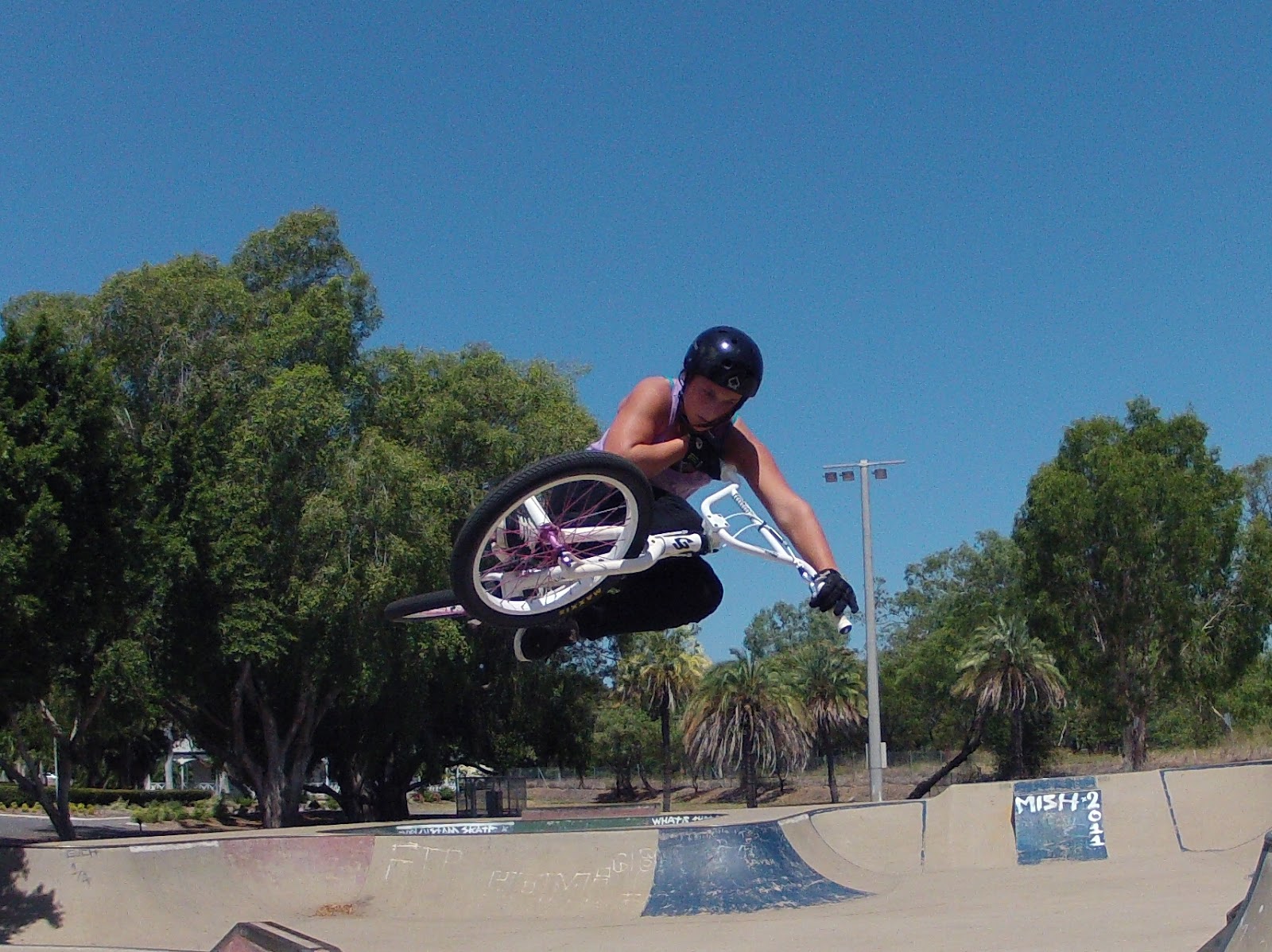 Any advice for girls who are interested in BMX but are afraid of what others (guys in particular) will say/think? – Submitted by Anonymous

I say learn to ignore the haters and try it. If you find that bmx is what you love to do then go for it and it won’t be long before you get their respect.