Great minds tend to think alike, so check out what Sarah had to say about the questions that were sent in.

Sarah Lampert, 21 years old and from Eugene, OR.  I started riding in 2010. My friends invited me to tag along with them to Skatebarn West (RIP) one night and they all killed it. One of my pals offered for me to take a spin on his bike and I did. The rest is history.

Have you ever been sponsored?
The first time I was sponsored, I was approached by the owner of a company and was asked if I was interested in representing the brand. Otherwise, I haven’t really been “hooked up” with anything unless I personally know someone from a company.

What are your thoughts on brakes?
I have nothing against brakes. I used to run a straight cable myself. I stopped running brakes in 2011 (if I remember correctly) because my cable snapped and I didn’t want to replace it. So I got rid of everything. Being brakeless forces you to learn great bike control, which is key to being a good rider.

What are the first few tricks/skills you should learn if you’re new to riding park/street
How to: fakie. bunny hop (well), bail, air out, manual, and clear objects. Practice bunny hops everyday.

“Do you workout on the side?” – Katrina Hirsch
Katrina, I do. I run every other day and do plyometrics along with a strict diet.

Are you interested in entering any contests that may be coming up – or you a contest type of person?
Yes and no. It would be cool to go to FISE or simple sessions, but financially I can’t afford it so I just lay low. 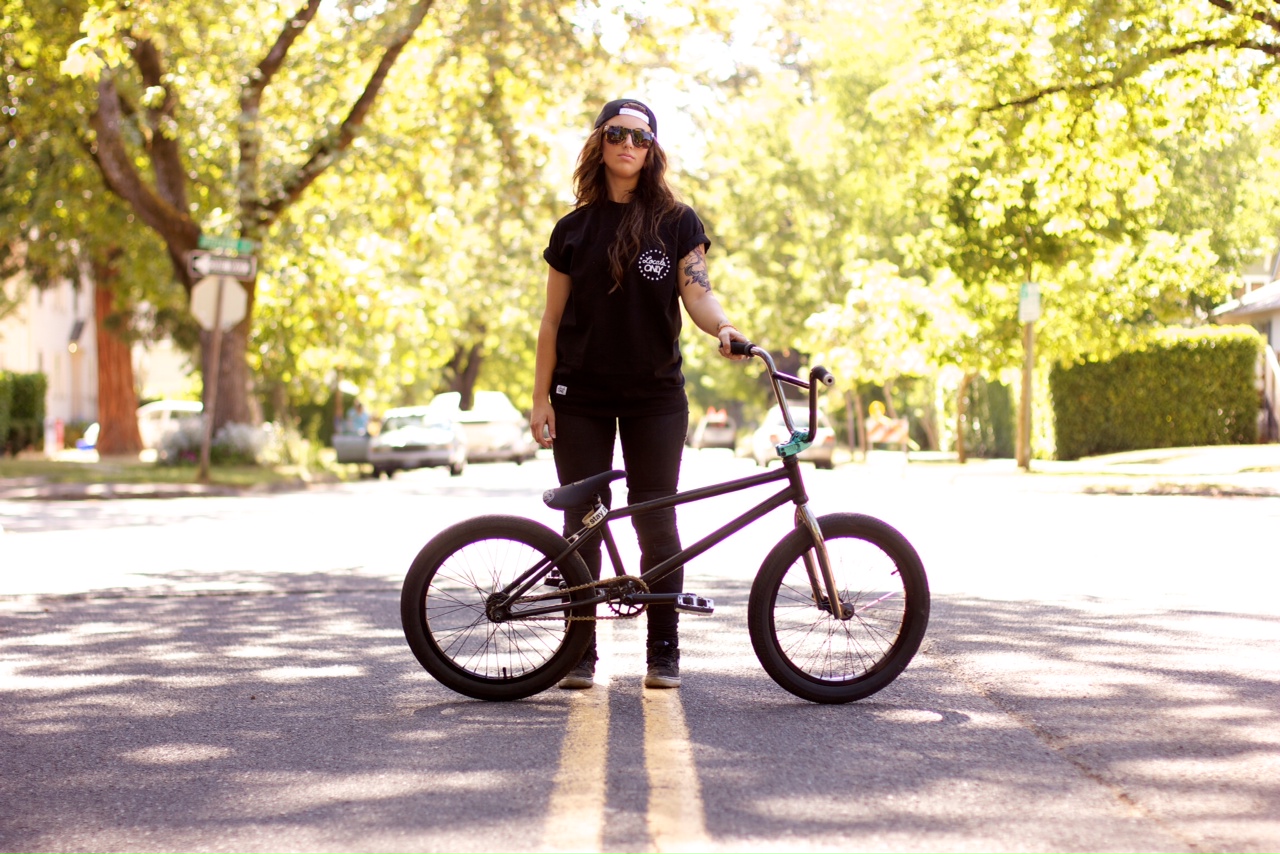 “What do you do on days you get your period, and/or stomach cramps, especially if those are days you ride?” – Anonymous
Haha. It’s just like any other day, doesn’t affect my riding mindset at all.

How tough is it being a girl riding BMX with the boys. – Jonah from South Africa
Jonah, it has its ups and downs. Sometimes I get harassed and sometimes I don’t. I get bummed out sometimes but I just keep reminding myself it doesn’t matter what I do as long as it makes me happy and just because I’m a girl shouldn’t keep me from doing that. 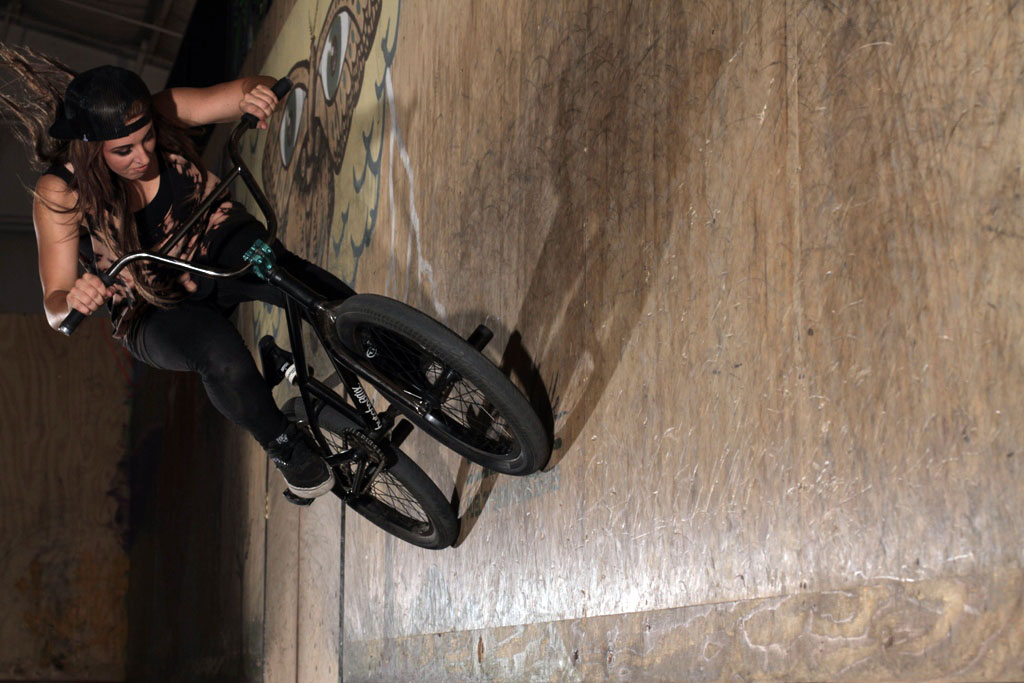 Guys can be pretty rough with the criticism sometimes, but how do you feel when girls start criticizing each other?
Criticism is criticism, gender plays no role in the message that criticism relays.

You recently found a girl on Instagram who is pretending to be you, by posting your pictures. How did you find out and what has happen from it?
@epicshelleyepic has been stealing my photos since last summer (2012). I was scrolling through the “girlbmx” hashtag and saw recent posts of pictures I had not posted in awhile. I followed up on these new posts and found her profile. I called her on it on the photos she’s stolen of me and she decided to block me. As of right now she has either changed her IG name or her profile was deleted from what I’ve heard. 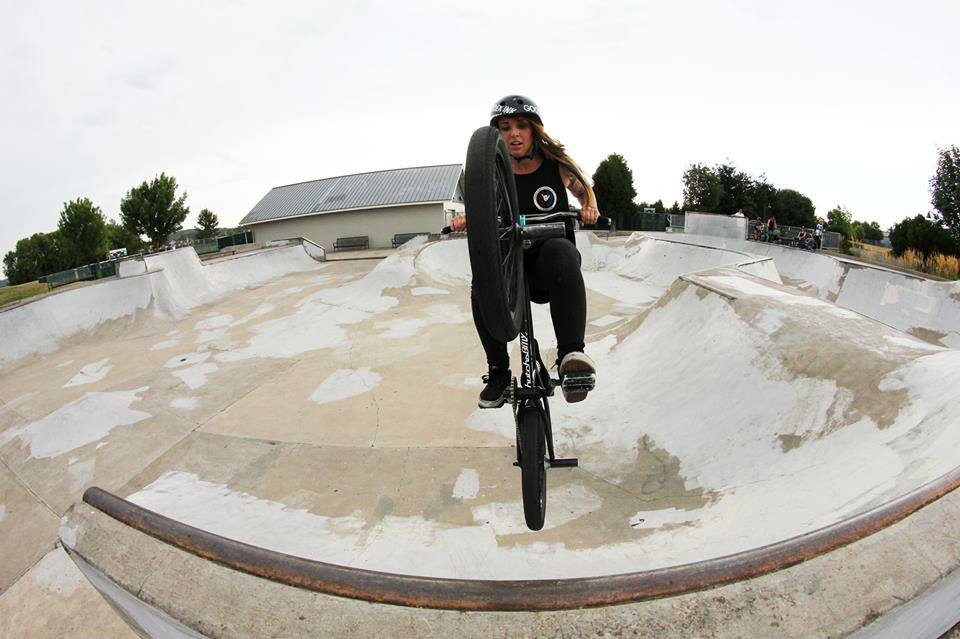 How To Get Sponsored in BMX

Open
When you can’t go ride your local skatepark, wha