As many of you know, Alex Gren won the Magnolia BMX pick for the Yeah Zine video contest. I absolutely love this edit, and it’s certainly on my “get pumped for riding” collection. I thought it would be fun to do an interview with this lady. Alex is 21, from Salt Lake City, Utah, and you can read on to learn more about her.


Alex Gren from Day May on Vimeo.

How did you get into BMX? I started racing when I was about 8 at the local track (Rad Canyon) and when they started doing indoor races, they built a “pro section” and I just watched all the local pro’s jump it and do all sorts of tricks over it. I began to fall in love with the freestyle scene, so I started riding at local parks. After I turned about 17, I stopped racing and stuck with parks and dirt jumps and stuff. 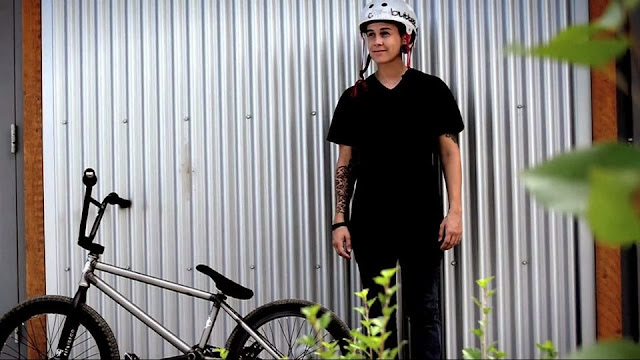 Ah! I’m going to cry! There are not a lot of girls in their 20’s who are still racing. Why did you stop?

I stopped racing not because I didn’t enjoy it, but I never had a class at the local races, so I would get stuck riding with the 17-18 expert class, which those guys are fast! And thanks to money, I couldn’t make it out to a lot of the nationals as much as I used to. So it was time to move on for me. I think females in their 20’s or even just getting out of high school, tend to drift off of racing because of other things like college or jobs and stuff that tends to get in the way. Racing takes a lot of dedication, but I definitely learned most of my riding skills from racing.

I’ve seen your most recent edit and your older “I’m a girl” edit. Both displayed really beautiful scenic images of Salt Lake City. Aside from the landscape, does Salt Lake City have a lot to offer for riders if someone were to be in the area?

Not a lot of people realize how big the scene is here in Utah, We have some of the worlds biggest pro’s such as Mike Aitken, Matt Beringer, Cameron Wood, Fuzzy Hall, Shawn “Elf” Walters, and so many more. There has to be well over 20 parks in Utah, most of them are super awesome. As for street, downtown is one of the best places as well as the University of Utah has awesome spots, and all over the valley theres always stuff to find. For dirt, theres tons of places, PC Dirt jumps, Tanner park, and lots of people have trails in their backyard. BMX is huge in Utah, and I’m stoked to be apart of it! If anyone is in town and wants to ride some awesome places I’m always around haha. 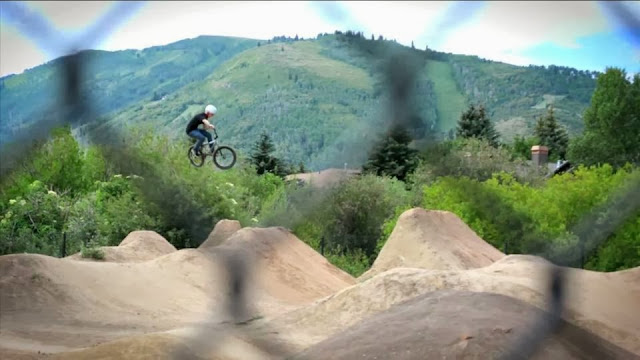 In addition to your riding, your video also had excellent editing in it, and the music selection was perfect. How did this all come about, who was involved, how long did it take to film everything, etc

Well, I haven’t made an edit in almost 3 years since this most recent one, and after getting hit by a car in 2012, I really wanted to show my improvement after recovering from that. The Yeah Zine video contest motivated it a little more, so with big help from my buddy Day May (who was behind the lense on both this video and the “I am a girl” video) we were able to film this edit within a couple weeks. Big shout out to Day, he has awesome skills with a camera, and he also does amazing tattoos! Lol.

Do you have any plans coming up, another edit maybe or travel plans?

I’d love to make another edit, definitely in the near future I’ll have one. As for traveling, I’d like to explore outside of Utah, I’ve been all over the west coast for racing and such, but I’d like to head east to see what it’s like out there, and I’m also planning a trip to Texas here towards the end of the year. I’d like to get to some contests and stuff, but haven’t had the money to get there quite yet. 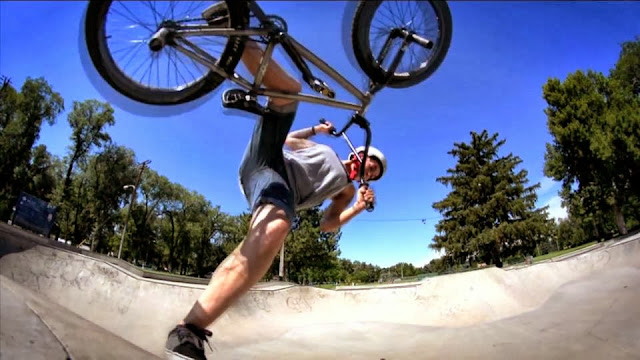 I’d say my life is about 90% BMX. Unforunately I don’t get paid to ride my bike so aside from BMX I do have a full time job, (gotta pay the bills somehow haha) But I ride everyday whether its around the streets or somewhere adventurous.

If you could choose who to be sponsored by, who would you choose? and to make it easier on you, let’s say it was just flow – no money involved. Are there any companies out there that you believe in, morals and all?

If I had my choice, S&M or FIT would be awesome because I look up to all the riders on those teams, not to mention a lot of them are locals too lol. I’ve ridden a FIT frame since I started riding. But a shoe company would be rad, Vans especially, I love shoes haha. There’s a lot of awesome companies out there, I’d take almost any opportunity that got thrown my way. It would be a dream just to be able to represent someone.