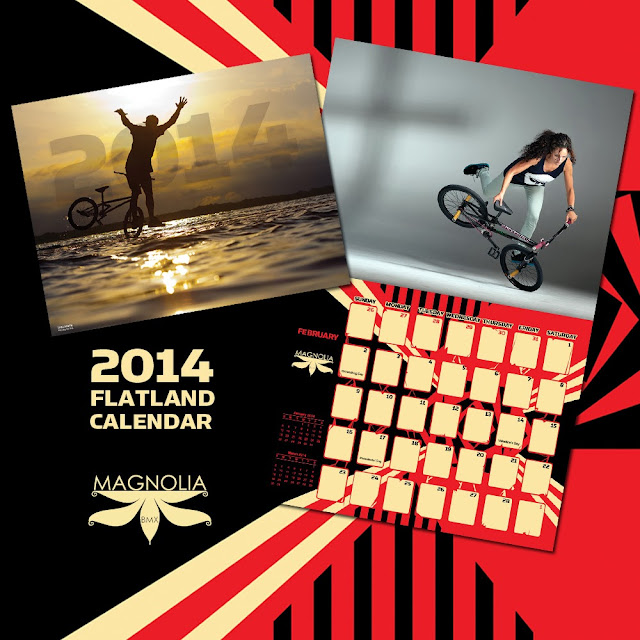 PRESS RELEASE: For the sixth year in a row Flatland Fuel and Fat Tony are proud to present an exclusive Flatland BMX Calendar. The 12-month 2014 wall calendar features 15 original flatland photos of riders from seven countries shot all around the world. Each month showcases a different rider in a unique location including Japan, Czech Republic, Germany, and the U.S. In addition to the twelve months, there is also a bonus poster so you can keep flatland on your wall even after 2014 has passed. As the only calendar of its kind, the 2014 Flatland BMX Calendar is a must-have for flatland riders worldwide.

The best part is the 2014 Flatland Calendar is absolutely FREE when you place an order with Flatland Fuel! (While supplies last.) 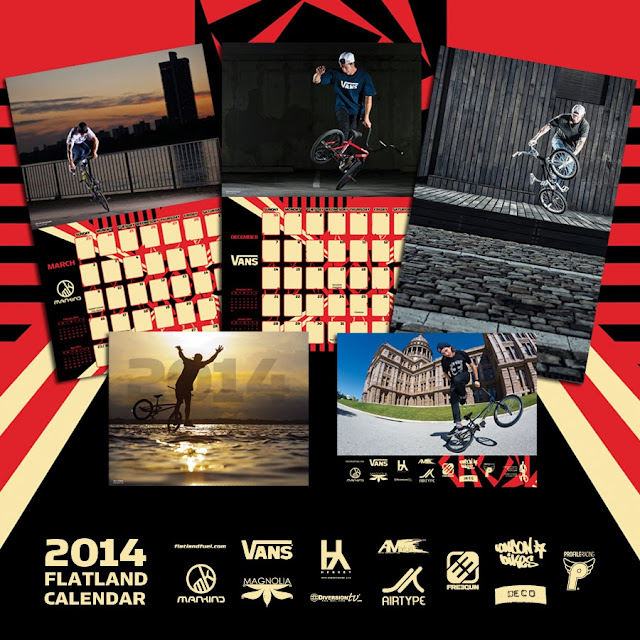 Click here to see a preview of the 2014 Flatland Calendar!
http://blog.fattonybmx.com/2014-Flatland-BMX-Calendar/

The 2014 Flatland BMX Calendar is proudly co-sponsored by Flatland Fuel, Vans, Mankind, Heresy, Profile Racing, Deco, Magnolia BMX, Airtype Clothing, Diversion TV, Am Flatland Circuit, London Bikes, and Freegun Underwear. A huge thanks goes out to each company who helped make the calendar possible. It is support from companies like them that keeps flatland growing!