Wow, been a while! Last post was October, to be exact. That’s when things started getting hectic, which is my excuse for not posting in forever. First our car got broken into at Dew Tour in SF (later found out many other riders had the same experience there) so I have been without my computer, camera, files and a bunch of other stuff since then. Also I’ve been doing finals the past couple of weeks, which has kept me extremely busy, but today is the last day! Yess! 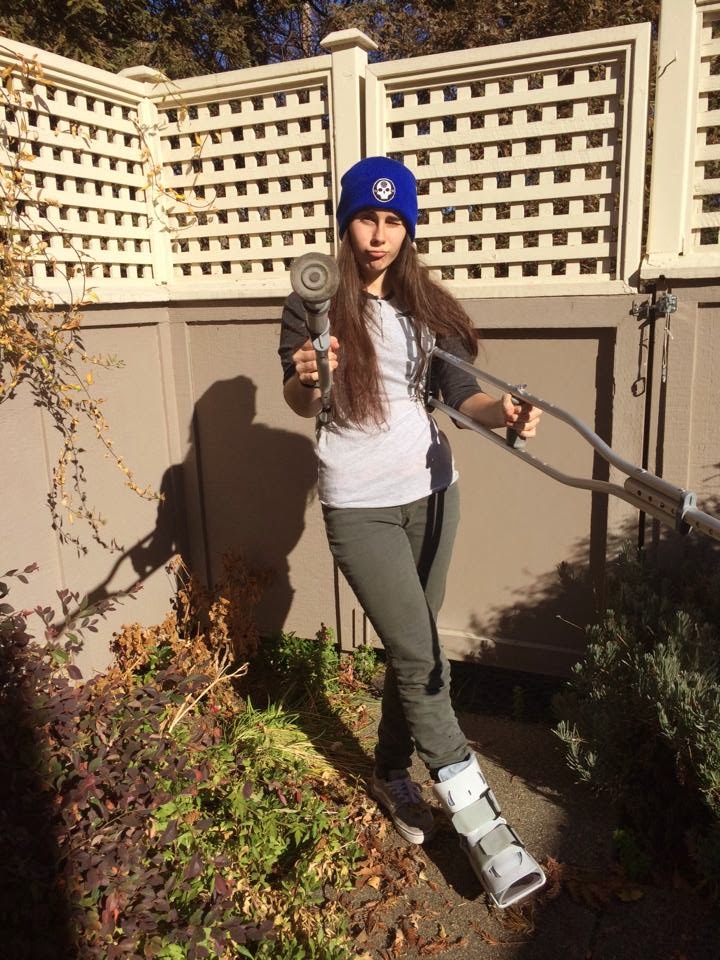 Fassssttt forward to December 30th. I’m at Woodward West for Winter Camp (I should probably post a separate blog about that) and while attempting one of my new tricks, double bars, I must of landed funny and my foot got pinned and twisted. Ask anyone, and they will tell you that I crash, a lot. But I always pop up with a smile. So when I don’t get up, and I’m not smiling, there’s usually something wrong. I honestly just thought I had a badly sprained ankle. Yeah, it hurt, and Alex (Landeros, my Alienation teammate) had to carry me to my bike so I could roll over to the trainers, but it never crossed my mind that I had broken it.

I spent a few hours in the infirmary, getting iced and full of Advil while we tried to get the swelling down, and then they tried to see if I could bear weight on it but no, that was not happening. I spent the next two days hopping around at Woodward, before heading to my cousin’s in San Diego on New Year’s Eve. At this point, everyone was recommending that I get my foot x-rayed, since I still couldn’t stand on it, and there was a bump on the side that was not supposed to be there. My mom planned to bring me to urgent care in San Diego the next day, but there was no way that I was going to sit in an ER on New Years, although it could have been a really entertaining experience. I spent the next 5 days getting really good at hopping around the house, even carrying my dinner and water glass. 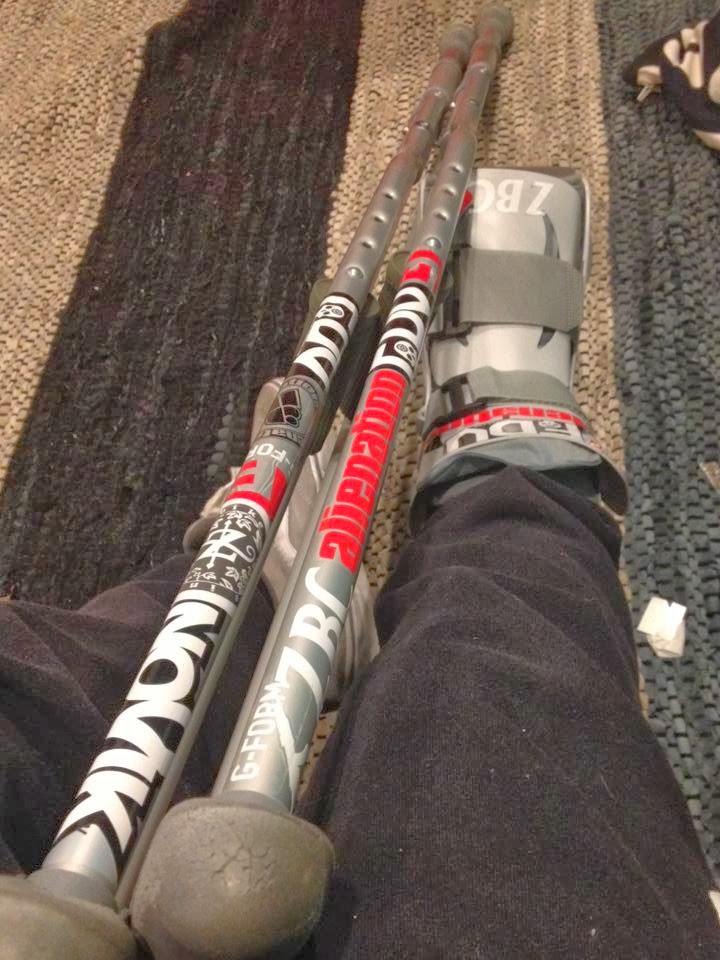 We finally headed back to Nor Cal from San Diego and took the time on the 9 hours drive to call some local Orthos to see if we could get in for X Rays. We found one that had it all at his office (no back and forth between the hospital) and within an hour we were out the door with x rays, crutches, a boot, and a broken foot.

Overall, I’d say this is the best break anyone could ask for, and I should only be out for 4 weeks. Other than not being able to ride, not having to do chores almost makes it worth it. Ha! I’m definitely not bummed at all…I guess I’ve always known it was going to happen eventually. I mean, people always ask me “Have you gotten hurt?” My reply is always “No…not yet”. It is BMX! But yeah, I got off easy for sure, and I’ll be back in no time!