Here’s something we don’t get to do often, feature a flatland rider! A competition with a girls class is rare, but a girl who rides flatlander is even rarer… is rarer a word? Anyways, I’m honoured to introduce to you, a fellow BMX sister, Julia Preuss. 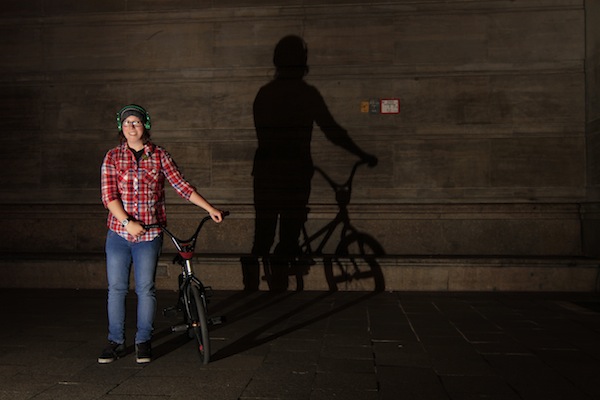 Hey, I’m Julia, 22, living in Berlin and I’ve been riding since 2004. Flatland took me all over Europe and even to the USA, which is the coolest part about being a BMX rider. Any sponsors? Def Shop hooked me up with a few clothes last year but the greatest thing was that Matti from Deep BMX (now Autum Bicycles) gave me a brand new Flatland frame just after my run at the BMX Masters 2011. I was so psyched about that! I entered a few contests the past few years, but I figured out that I am not made for it, so I will probably just enter the BMX Worlds this year and that’s it.

I understand that you have been to the BMX Masters/Worlds before, could you describe to me what the experience is like as a flatlander and how long have you been going?
I’ve been to the BMX Worlds once in 2009. I missed my run because they screwed up the timetable! The other 3 times it’s been the BMX Masters. In 2008 my first experience was weird but great to see so many Flatland Girl riders there! I screwed up my run big time! Then after 2 years of practicing more I got 1st which was sweet. I got more confident each year, which helped allot! Other than that, it’s always great to meet up with all the other riders from all over the world. It’s always a great time and a fun trip to Cologne. 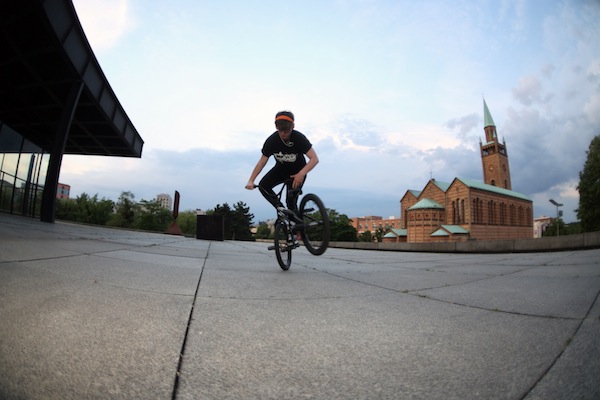 Also, you mentioned theres only a small handful of female flatlanders every year… does the comp put you against guys or just girls?
The contest in Cologne always offers Girls Classes, which is pretty awesome. Too bad there are only a handful of female Flatlanders.

Looks like for this year, you are the only female flatlander, is this correct? Are you expecting any other girls to enter?
Well, right now we are 2! But it’s a shame. I mean it’s THE BMX WOLRDS! Common girls, get your skills, bikes and tickets ready to have such a great trip to Cologne. It’s always fun!

Say a girl wanted to go to Germany to ride, is there a common spot where flatlanders go, or a competition they should not miss, besides BMX Worlds?
If there is the BMX Masters, go for it! There is also the Flatland World Circuit Final in Berlin (1st Dec. 12). You should definitely NOT miss any competition that are organised by Matti Rose. He puts a lot of effort in it and it always ends up to be a great competition. If you just wanna ride then you should go to Stuttgart, Cologne and of course Berlin, cause of this special underground spot! 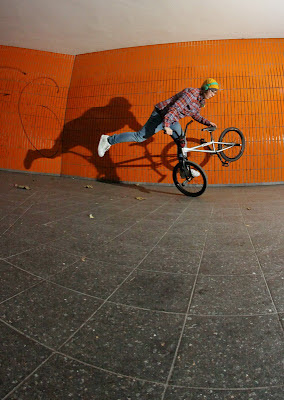 People say that flatlanders in Europe and Asia are allot “better” than the ones in North America. Why do you think this is and do you believe this too?
They really say that? I only know a few riders in the US who have their unique style. Maybe it’s because Europe and Asia (especially Japan) are tinier than the USA? I guess the scene is more homier there than in the states?! I don’t really know.

Personally, I really enjoy watching your Flatland videos. I notice you wear large headphones, what are you listening to?
When I was in Paris I broke my headphones and the Flatland guys there said I should get one of those Wesc headphones. It’s a shame that they don’t last long. But they are great for awesome beats, electronic music and old school hip hop!

Lastly, do you train for a large competition like BMX Worlds, or do you just show up and hope for the best ?
Well, the past 2 years I always trained for my runs. But this year I haven’t put any effort into training. I don’t take the competition part serious anymore. It’s about the fun part I guess, meeting new and old friends at contest and about having a great time. That’s it. We all started cause of the fun part about BMX, isn’t it?