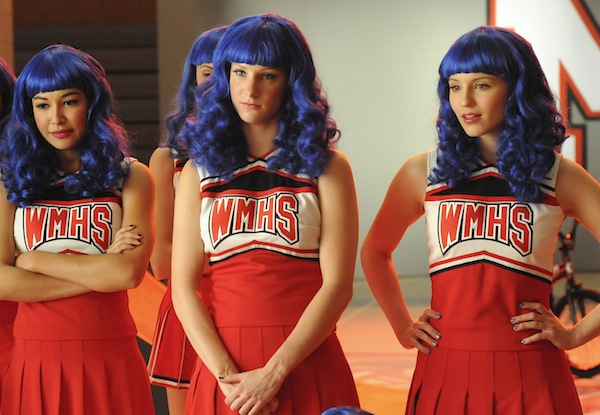 From time to time, I’ll come across an ad from a big movie executive who would be looking for female riders in the Los Angeles area. It’s usually for a movie, or show. The most recent ad I saw was for a Glee episode, they ended up hiring a few guys to wear blue wigs for a Katy Perry episode, not saying I watch the show or anything…
For a bit, I didn’t think there were many girls who rode in Los Angeles, but there is at least one. Rayvionne is from LA and she’s going to be competing at BMX Worlds.

What do you preferred to be called, Rayvionne or Le’Ray?
Well my name is pronounced “ray-vee-ahn”. But most people remember the “Ray” part and fumble over the rest. So I help them by going by “Ray”. Le’Ray France is just a silly play on my full name that I made up to avoid some people on facebook.

Could you tell us a little bit about your background?
I’m from Los Angeles, California, 23-years old. I started riding in summer of 2009. So 3 years on and off. University and work so gets in the way of BMX. Haha. No but seriously, education/work/goals/backup planning is important. And I just graduated with a bachelor’s degree. Feels so amazingly awesome!

For those who don’t know you, how would you describe your riding style. What might we expect from you?
Hm…my local cement parks tend to consist of bowls and street sections. Not many jump boxes in LA. I try to emulate the guys I ride with. So I think I’ve got a ok mix of street and park. You could definitely see a stopped tire grab, love those. Manuals, 360s, some grinds too. Working on learning new stuff. 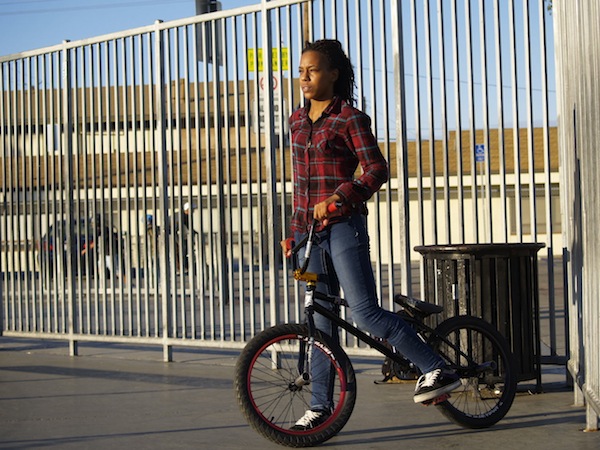 So being from Los Angeles, are there allot of places to ride?
LA is a big street spot. You rarely find park dogs here… unless you go way out to Da Compound in Lake Perris. But getting anywhere around here takes forever if you hit traffic. Park-wise, you can find some small prefab ramps in random places. But if you look around (socalskateparks.com) there’s actually a small/medium cement park in most areas of Los Angeles. The issue is usually just the local skaters… There’s Paramount, South Gate, Pasadena, everything. Chino is a big place too, and it’s got plenty of web edit footy. Specifically, my “home” parks are:

Houghton skatepark in Long Beach. It’s a huge cement tri-bowl, ledges, and an entire street section. You see that one a lot in web edits; it’s painted blue with aquatic art and graffiti everywhere. There’s a jam here every year (no girls class)

Hawthorne skatepark (aka “the Dirty”) is actually closest to my house. Cement, 2 semi-bowls spined together (almost coping to coping), volcano, wedges on the opposite side, mani pad, and ledges. The tranny’s real awkward if you’re accustomed to a proper park. It’s gated & monitored, need all your gear. Upside is it’s never crowded.

Aside from yourself, are there actually allot of girls who ride in Los Angeles specifically, or do you find yourself having to travel out a little bit to meet up?
Psh… I think there’s one, but she might have moved. I for certain Katy moved back to Virginia. *** ******* breeds half naked chicks on bikes in his backyard, so that doesn’t count…. so um no, just me. I flew all the way to Scotland twice… just to ride with Ashley Armstrong (formerly Ashley Bird as of May 19th, but I call her “mum”) and go to her wedding. Lmao, I’m setting next to her and not telling her I’m writing this! She’s gonna slag me. 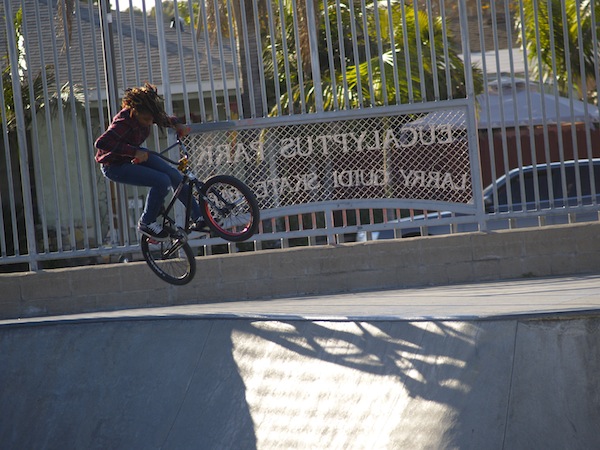 So, BMX Worlds.. this is huge! Will this be your first competition?
Yup.

Are you nervous, pumped…or more concerned on putting together money for this trip?
Fudge. My mom’s coming with and she’s never seen me ride… I’m more wondering if she’ll actually watch and whether she’ll have a cow seeing me do what I do. But yea it is a little nerve racking. Been watching the contests these days and girls are hucking flips and whatnot…. I am terribly pumped to meet other girls tho! Always nice to know someone in another country or state.

How are you preparing for this trip, are you training, eating better or just going with the flow?
I’m trying to ride anything and everything before the competition. That’s another reason why I came back to Scotland… sort of like a training trip. I’m avoiding soda, or trying. Not giving up cheesecake. I am generally out of shape from being worn down by university. So yea, my body’s so angry at me right now. The box is going to be my worst enemy. There are no proper box jumps in LA. I’m trying to get used to them while I’m away in the UK. I’m really just going to focus on basics. When guys watch girls ride, it doesn’t matter how many tricks we can do if we haven’t got a good sense of style and bike control. Plus tricks come easier when you get that part down first. Watch a Kris Fox video and you’ll see what I mean.

PS: Would you find it useful if we posted up any ads from shows or movies looking for female riders? If so, let us know in the comments below.

PPS: Best of luck at the Worlds Rayvionne!

Video : A Day Trip to Annecy