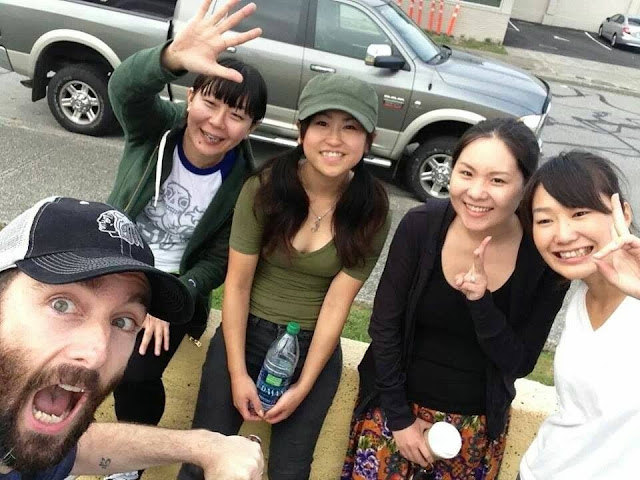 Check out this update from our flatland rider Miyuki Dezaki:
On September 14th, VanCity Jam was held here in Vancouver again. There were about 20 to 30 riders gathered and enjoying the atmosphere. This annual jam was smaller than last year and a few staple riders weren’t able to attend, Travis collier being one, Corey Strat and Percey Marshall. Even though some home town guys couldn’t make it, some new riders came down to check it out and take part in it.

I’ve attended this jam two years in a row and this time, one of my Japanese friends, a female rider named Kaho Arimura visited me from Japan. Another girl, a street rider named Misae Yoshida came by too and from the USA, some riders drove up from Portland, Seattle and some even flew in from Toronto, Canada. Anthony, a presenter of Flat Web TV -which is the most popular web TV program, came down with his baby and filmed some riders. The edit will be released later on.

At the jam, riders were jamming and getting to know each other. It wasn’t very intense, but I felt good in the calm atmosphere. Some riders were showing their progression to each other, and some were talking about their bikes.

About my riding, I almost got a new combo at the end of the jam, but felt very frustrated when I figured I wasn’t going to land it that day. I feel ok now because I’m sure I got something new, and I did progress a lot during the jam. What excited me the most was when Cory Fester – who is one of my favourite riders, happened to see me landing a combo and gave me a compliment. This motivated me a lot! I’m now living in Vancouver and a part of Vancouver riding scene, so I will be here next year again for sure. Hopefully, some staple riders can make it then.