The Ride Like a Girl campaign in British BMX came to a close as the title for British Champion took place at championships at Cyclopark in Kent over 23rd-24th August.

Through the sales of the pink ‘Ride Like a Girl’ tshirt an additional £500 was on the line for the top 3 female riders, with the champion taking away an additional £250 on top of the £100 British Cycling prize money, the biggest payout seen in years for the female class.

With limited numbers in Elite men it was left to the ladies for the largest number of riders in any money class of the day with the top 24 female riders from across the country to battle it out for the coveted 01 British Champion Plate. 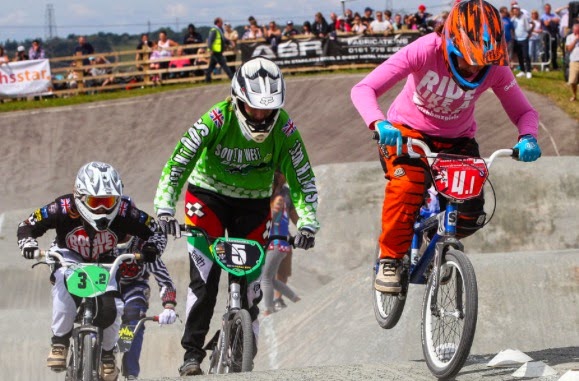 The racing throughout the day was action packed with Haro UK’s factory rider Abbie Taylor taking early advantage through the moto’s. A tight first straight in her 2nd moto with GB academy and factory Identiti bikes rider Charlotte Green, left Green jumping into the corner off balance and resulting in hitting the deck. A hard crash left her battered and bruised and unable to carry on. GB talent team rider Blaine Ridge-Davis and veteran of the UK race scene Joey Gough were left to take the race to Taylor. The semi finals were full off action and open for anyone to take the top 4 positions. Gough taking the win in the first semi along with Davis. Fellow GB academy rider Emily Green took the important 4th position with GT factory rider Chloe Taylor the unlucky rider in 5th.

The second semi saw Abbie Taylor taking a demanding and comfortable lead from start to finish ahead of GB’s top Junior rider Valerie Zebrokova in 2nd with Derby Ssquared and GoBMX rider Ellie Dewdney in the unlucky 5th, just behind former W1 Ria Goodman. The stage had been set and the final didn’t disappoint. The tension was high as the biggest payout was on the line, however it was the title they all wanted. Taylor got the holeshot jumping the triple ahead of Gough in second and that’s the way it would stay. A battle for 3rd saw GB youngsters Ridge-Davis and Valerie Zebrokova for the final place on the podium. Taylor crossed the line ecstatic with her first British Title for a number of years with Identiti’s Joey Gough in second. Davis got the better of the youngsters taking 3rd. 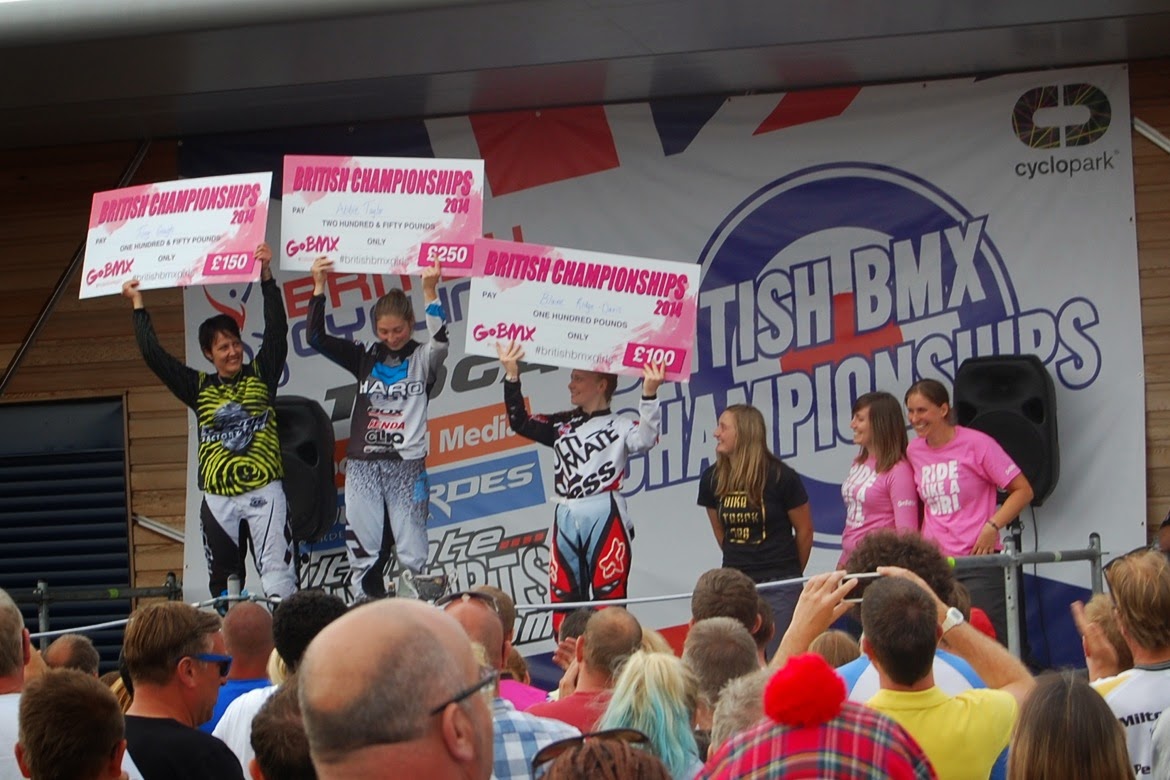 After the race Taylor commented :
“I had an amazing time and result at the Brits. Thanks to Haro, Bike Track, Ellie and Lauren from GoBMX, Mum, Dad and everyone else that has supported the #ridelikeagirl campaign. The standard of riders in every class was high, and all riders should be proud.”

Gough also commented, “The campaign has been a real success and we’re proud of what we have achieved. Hopefully this is just the beginning of a long term change. We want there to be better opportunities in UK BMX for future generations of female riders to make a career. Being an older rider, I want to do my bit to make sure that happens. I’m very hopeful for the future and want to thank everyone who has back this years campaign”

The presentation saw the top 3 riders take to the podium for the official presentation, however the largest cheer of the day went to presentation of the GoBMX cheques to the riders along with a bottle of champagne.

GoBMX’s and co-organisers of the campaign Ellie Dewdney and Lauren Smith remarked, it was fantastic the atmosphere on the podium. The cheer was incredible when the cheques were presented and the champagne just topped it off making all the effort worth while. We would like to thank everyone who got behind the campaign, particularly the commentators and DJ Superfly at the races helping us promote our campaign and female riding in general. We don’t want to sit there and protest regarding the split in prize money, we want to showcase our class and hope to bring more riders into the sport and therefore opportunities. The men still got a larger payout on the day with the winner taking home £400, but we’re doing our bit slowly and surely. People keep asking what we are doing next, we are unsure at the moment but this is only the start of the rise of the BMX girls in the UK! 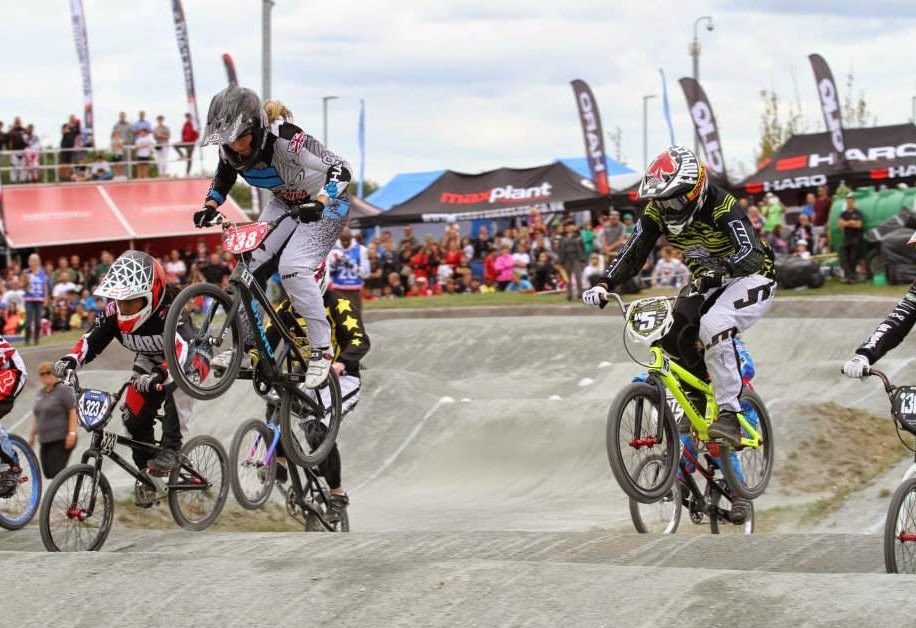 Open
My arms are sore from just watching this. Hell Yea

Open
SALE ⚡️ The Bloom hats & shirts on sale for $1

Open
2020 has been quite a rollercoaster of a year, whe

Open
We sure miss seeing @lauraasmulders on the world c

Open
@bmx_queensaray with a proper table for table top