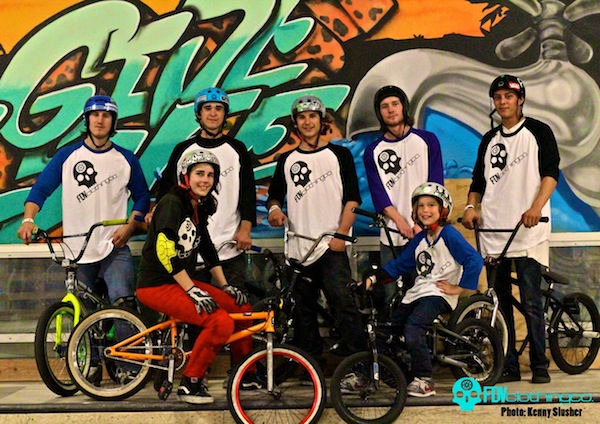 Considerably one of the most promising new female riders to hit the scene, you may know our next interviewee from FDV clothing, but you most likely know her from the edit that was on The Come Up and Ride BMX. Only recently have we started to see tenured riders do 360’s, bar spins, flairs and tail whips -to name a few tricks. This girl has only been riding for a little bit over a year and she’s already got some of those down. Representing Nor Cal, say hello to Nikita Ducarroz.

Introduce yourself!
My name is Nikita, I am 15 years old, and I live in Northern California.
How did you get into BMX and how long have you been riding?
I have always loved jumping my bike off anything I could find ever since I was little, and one day when I was about 13 I was watching some BMX videos and decided to save up and get one for myself. Once I had a BMX bike, I would ride around in the driveway all the time, but only started riding ramps and taking it seriously as something I wanted to go somewhere with when I was 14, so a little over a year ago.
I see you have already entered a few comps, could you tell us more?
I just started competing this year and have entered two contests so far. I used to think I would only compete against girls, but there aren’t very many comps with girl classes in my area so I realized I would just have to compete against boys, and I’m loving it! In the first one I got 1st place in beginner box, and 3rd in beginner bowl, and then 1st in overall box at a jam in Escondido that I happened to be at coming back from my cousins wedding. I’m super stoked on contests because I just have so much fun, meet a ton of new people, and I seem to ride really well under pressure, because the past two comps I’ve landed some things I was never able to land before.
Any plans on heading to Fise or Toronto Jam next year or any other competitions?
Unfortunately I can’t go to any competitions like FISE or the Toronto jam, although I would love to. I do plan on entering as many of the local competitions as I can though, and maybe in the future I will be able to go to FISE and those contests. 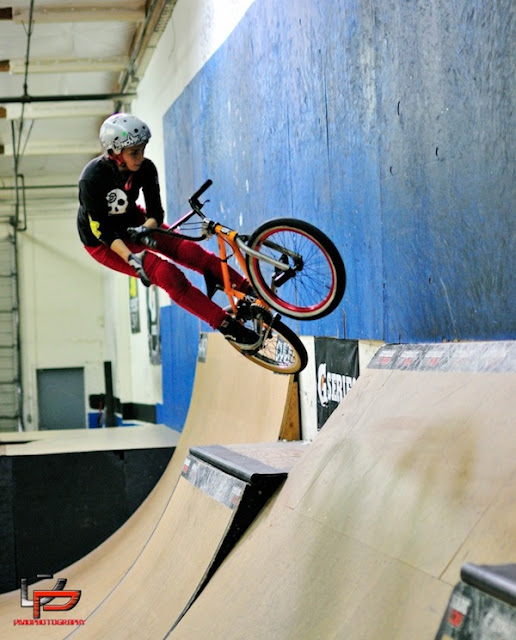 (Photo: Vividphotography by Wayne)
For someone who has only been riding for a year, you sure have allot of supporters!
I have a lot of supporters. My biggest ones are my parents. Ever since I was born they have been supporting me in whatever I have chosen to do. They drive me to all the parks, contests, and are always there for me. Novik Gloves, Ramp Rats Indoor Park, Swamp Rails, and G-Form also support me, and I really appreciate all they have done for me and I can’t forget all the amazing guys that I ride with who continually inspire and support me. There are so many of you that have made such a huge impact in my life and probably don’t even know it. I just want to thank anyone who has ever ridden with me and supported me.
Among your many supporters, you also created FDV, can you tell us more about it?
I started my clothing company, FDV Clothing in 2010 when I was just started to get more into BMX. It really came out of boredom. I had nothing to do, and just decided it would be a fun project to take on. From there, it just started getting bigger. My mission is just to keep the BMX community alive, and create a family that represent my company and just have a good time on our bikes. Right now we have a team of 7 riders, and some photographers, and we just have a blast doing what we love. We just all happen to be wearing the same T-Shirt. It’s not about making money, it’s just about riding, and creating designs while were at it. All the money I make for the company goes right back in so we can order more shirts, or buy supplies. It’s just one big fun time, all the time. 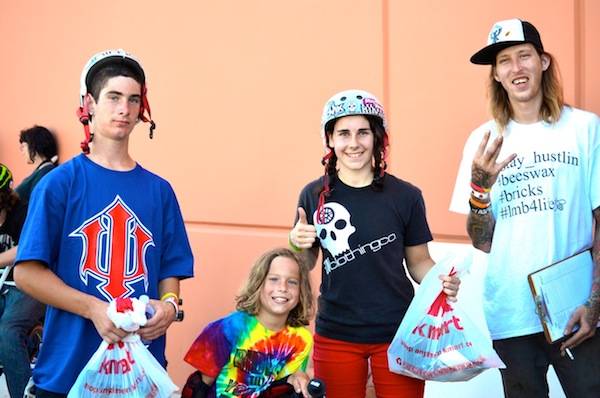 (Photo: Nicole Ducarroz)
Now, lets talk about that video! How long did it take you to put all the edit together?
I worked on my latest edit throughout the month of May, just putting clips in whenever I got them, and then finalized it over the weekend.
So from this point, what are you learning to do next?
I really want to learn better bike control. I’m going to start going to the local racetrack so I can learn to ride smoother. I also really want to learn tailwhips, no footed cans, backflips, and so much more! The list goes on forever, and that’s why I love BMX. 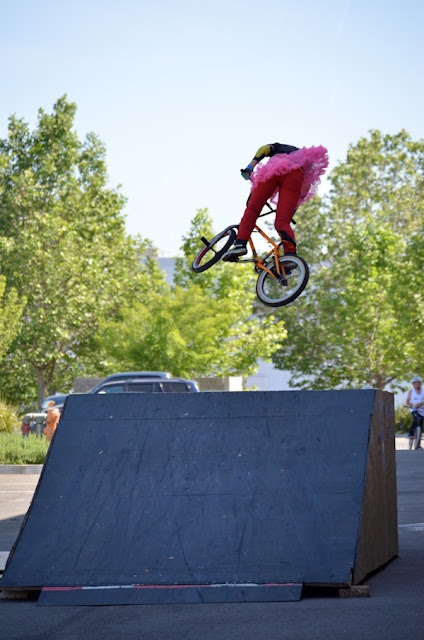 (Photo: Kenny Slusher)
I’m sure you will get those tricks down, no problem! How was it to see your video on Ride?
I am beyond stoked. I was just checking it and saw my video on there. I was pretty much speechless. It makes me super proud that my video can be up there for other girls to see, and hopefully become inspired to ride. I’m pretty much still in shock and can’t believe it’s on there LOL.
I really look forward to see how you progress in the next few years. I just need to ask as well, how many pairs of red pants do you own, would you like to be sponsored by a red pant company one day?
I owned two pairs of red pants, because I started going through a pair almost ever week so we went to Ross and found the cheapest ones we could fine. They just happened to be red, and fit over my knee pads. I actually sort of hate red ha. ha. But I ripped my last pair so I’m on to whatever the next color Ross has for the cheapest. I think my mom would really appreciate a pant sponsor LOL, it would save her a ton of money. 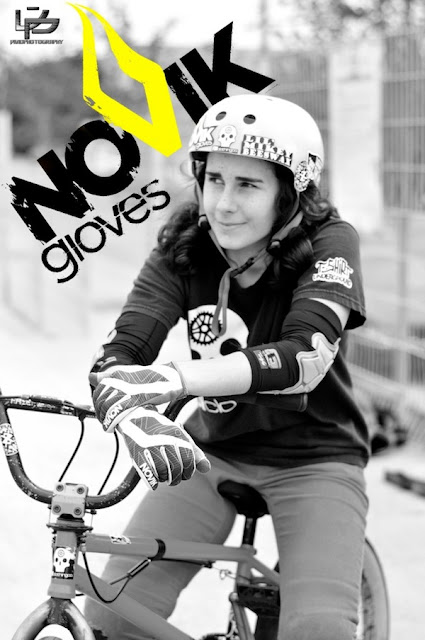