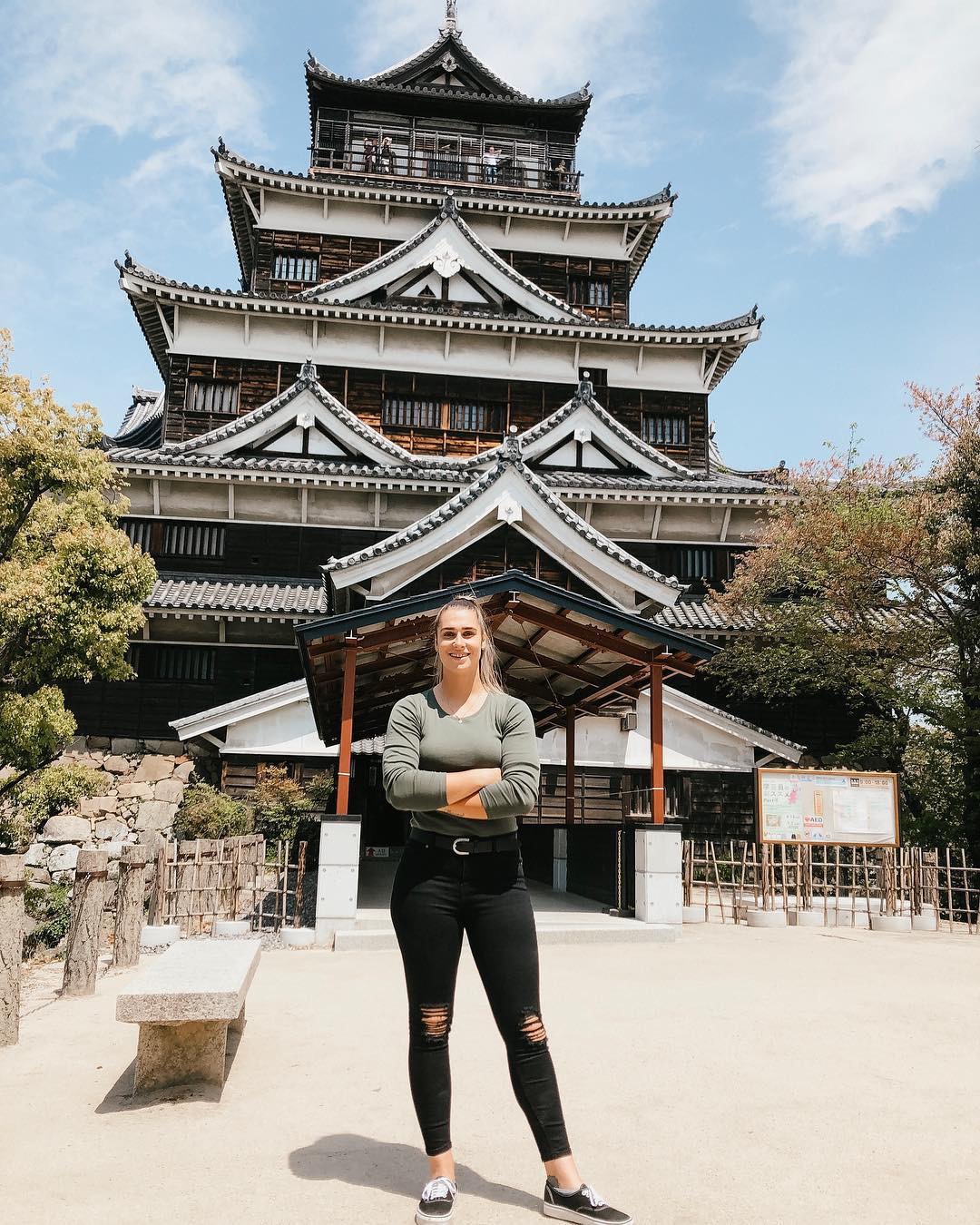 I first met Natalya in 2013, I did an interview with the then 15-year-old Natalya on Magnolia BMX. At the time, she was doing tricks beyond what was being seen in the female scene and even today her trick list is stacked. Today, Natalya has been popping up at major events like FISE, Vans Pro Cup and even took home gold at the Australian C1 event.  If I had to make a fantasy team (if you know, you know), I’d blow my budget on her for sure. Today we find out more about Natalya, how she got started in the sport and even being out.

How were you introduced to BMX?

I was 7 years old when my parents decided to buy my sister and I a new GT bike. I remember feeling so excited that I begged to have the day off school and ride at the skatepark, and to my surprise, they said yes. I think we rode there about 4 times that day haha.

What’s the community of riders like where you’re from and especially the female riding scene, is there one?

The BMX scene when I was younger was mainly boys with my sister and I being the only girls. As the boys got older and had to get jobs, the BMX scene died off and scooters became more affordable.

Who is Natalya outside of competition and who is she when she’s competing?

Outside of competition I’m just having fun riding my bike, wakeboarding, going to the beach and spending time with my family and friends. During competition, I find myself very focussed and driven to get the best results that I can be happy with.

Who are your sponsors?

Colony BMX, Colony helps me with financial support which allows me to ride at competitions. 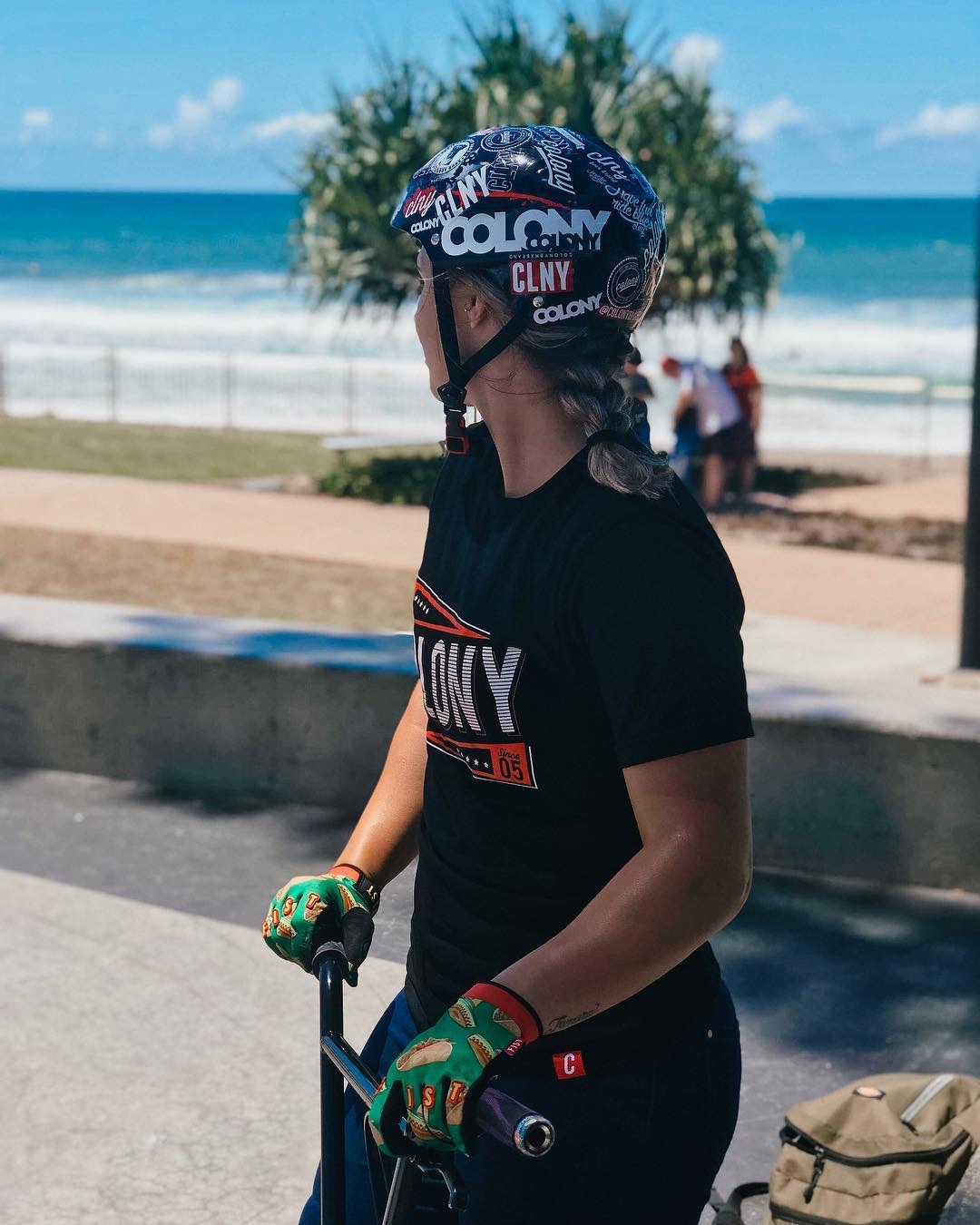 What’s your relationship like with Colony, you’ve been with them for a long time, is Clint still involved?

Clint is still very involved and when I lived in Brisbane it was nothing for him to ask me to come over for a session on his backyard ramp.

There are so many brands to choose from, why should someone consider a product from Colony? 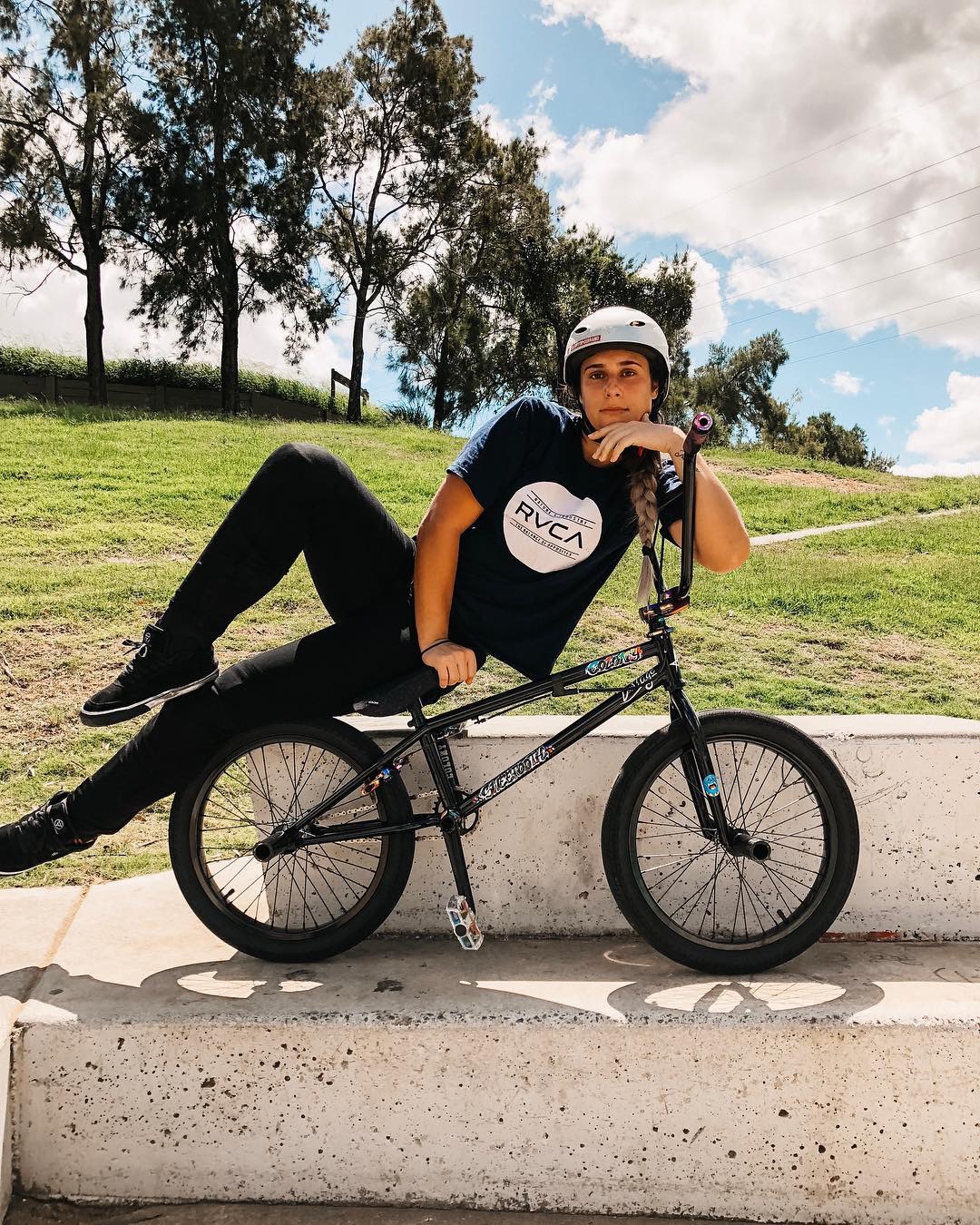 Aside from Colony, are there other companies you’d like to work with?

Vans and FIST are the two companies I’d love to be sponsored by. Both companies support BMX to the fullest which is great to see. I’ve been riding FIST gloves to what feels like since they first started up. I believe that Vans have the best shoe support for BMX riders while looking stylish too. When I first started out riding I rode a few different brands of shoes but once I got a pair an of Vans they were definitely the best. I also go through shoes and gloves way too fast haha. 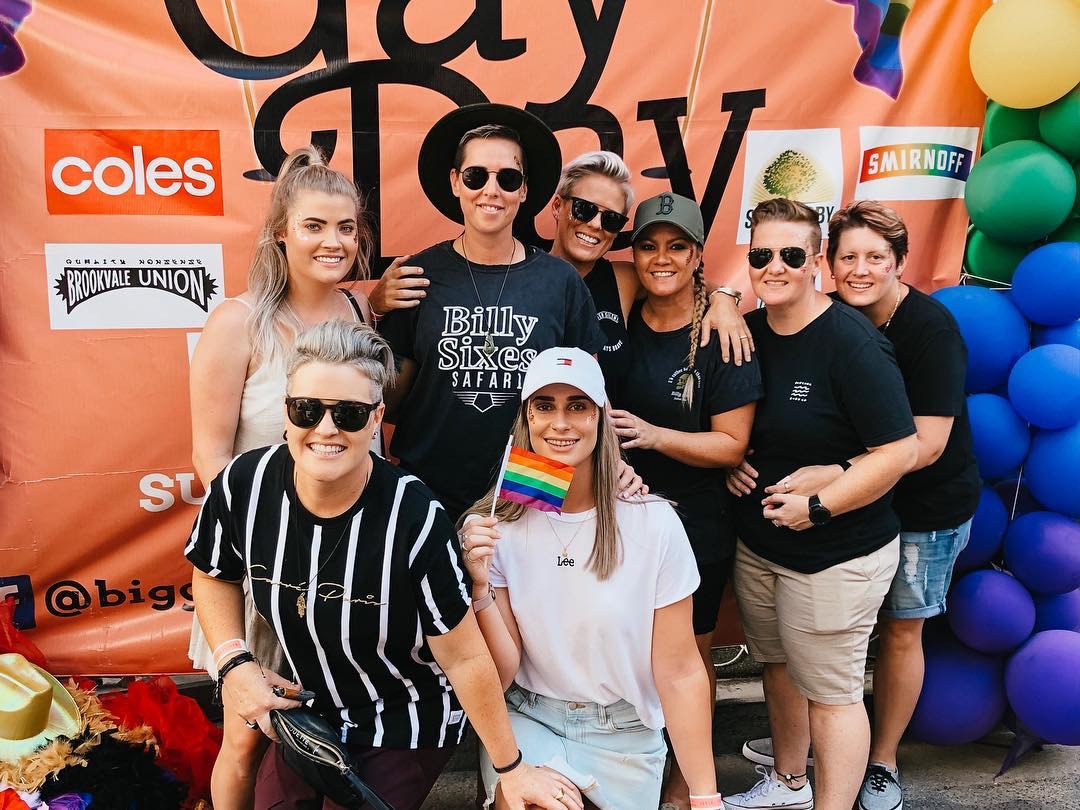 So one of the things that I wanted to talk about was being a gay athlete. When did you know you were interested in girls?

It was in my final year in school when I realized that I may be interested in girls.

Expectation vs Reality, what was it like coming out, did anyone surprise you?

My expectations were horrifying, I had convinced myself that I would be judged and not accepted by my small town. When in reality I never received any hate and when it comes to my family members, being gay didn’t change our relationship. I’m very lucky to have the family that I do, I feel very supported and loved.

Coming out shouldn’t impact your love for BMX, but just curious if it did impact you at all?

Coming out gave me the freedom to be 100% my authentic self which gave me no limitations.

Any advice from the heart for anyone still hiding their truth?

If I could offer one piece of advice, it would be to live a life that brings you happiness, you can’t live for other people. Life since coming out has given me a new found confidence which has helped in every aspect of my life. 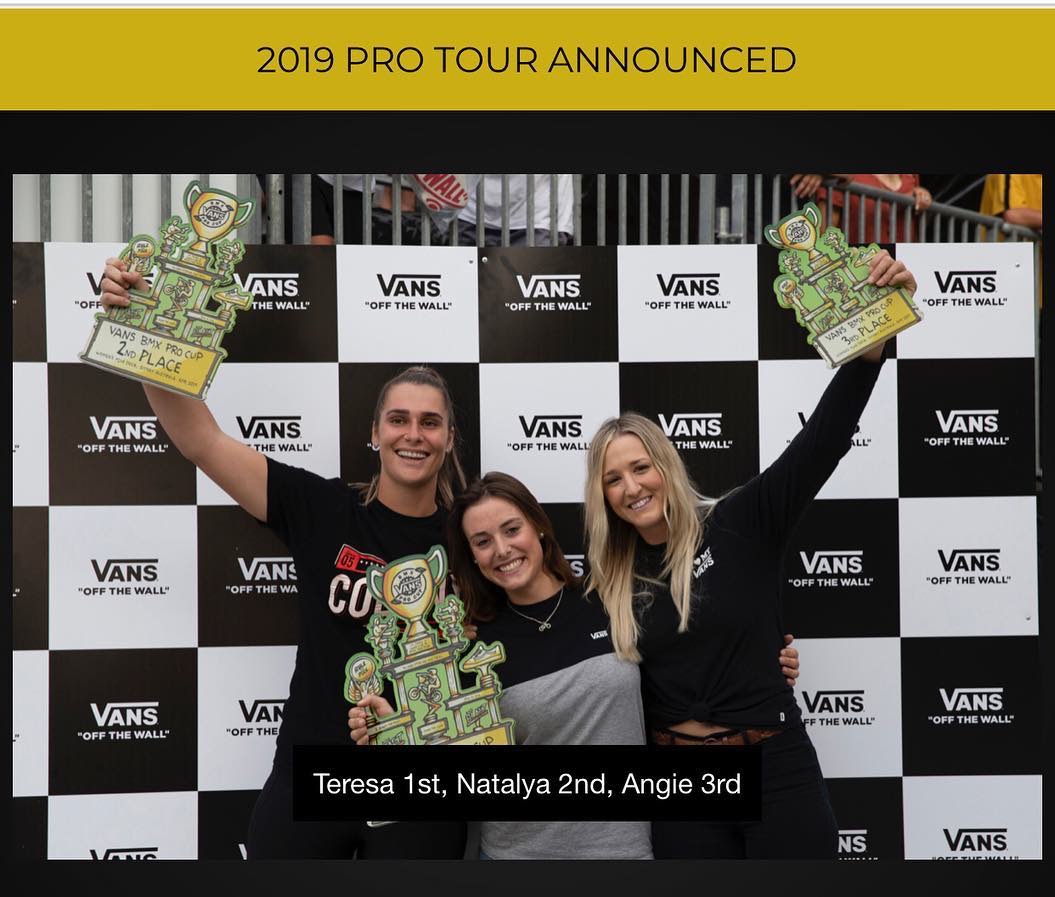 You’ve been super busy the last month with the Australian C1 event, Vans Pro Cup and more recently FISE. How was each event for you and hows the body holding up from all that riding and traveling?

The lead up to the Australian C1 event, I was very nervous as this was my first competition back from 4 knee surgeries so it had me feeling a bit anxious. Surprisingly the day of the event I was calm and feeling confident. To win that C1 boosted my self-esteem and had excited to ride the Vans Pro Cup in Sydney. In Sydney that was my first comp without family support by my side so I felt a bit out of sorts and bowl riding isn’t really my thing, so to come out of it with second place and best trick I was super stoked.

FISE Japan….. never did I think I’d be able to travel the world riding my bike. From watching the events online and seeing how big the crowd gets I thought it was a definite the nerves would take over making it hard to ride at 100%. Again, I was quite calm and confident. The usual bit of nerves everyone gets before a competition. My goal was to make finals at FISE and even though I missed out by one spot, I am over the moon to have come 13th! Only upwards from here. FISE definitely exceeded my expectations and I can’t wait for the next one to see all of my new friends and better myself.

Has Australia reached out to you to work with you at all?

Yes and no. They’ve made contact but are unable to provide me with any assistance.

What’s the game plan with all the FISE stops coming up, what do you need to get to the Olympics

My game plan for the FISE stops…. not really much other than trying place as high as possible for points accumulation at the end of the year to qualify. Everyone will be riding their hardest to try to do the same so I don’t think it’s going to be easy but I’ll certainly try my best. I just have to work hard and with everything I learn, try to showcase it at FISE.

Any female riders we should keep an eye on from Australia?

There’s a little shredder from Canberra, Sarah Nicki. She just rode in the Vans Sydney comp with us girls, she’s one to keep your eye on. 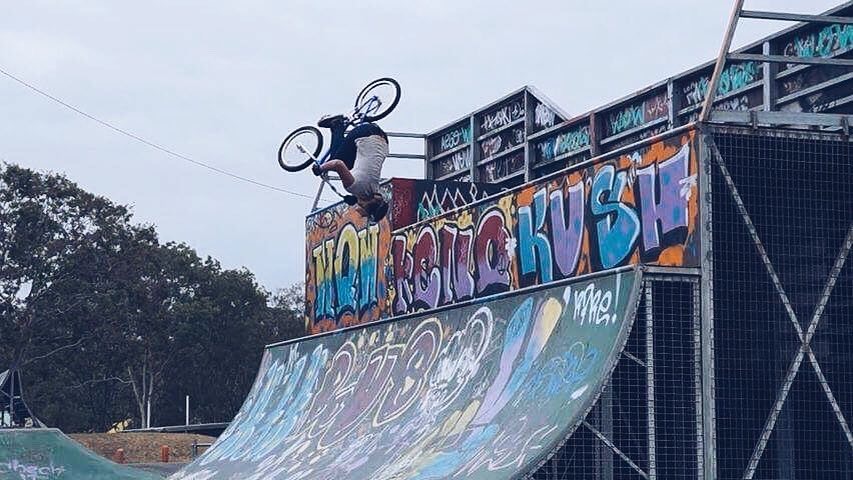 Becci wants to know: If you had any technical advice for going over big jumps?

Honestly, I’m probably a bit of newbie to jumping big jumps as well. If I happen to work out an easier way, I’ll let you know haha.

Anything fans should look out for like a new edit, project or whatever?

Colony will be releasing a new team video edit either the end of this year or early next year. Although I haven’t done any filming for it yet, I’m keen to get some clips stacked. Other than that I’m not really working on an edit or project because I’ll be focused on competing but I would like to do one maybe once all of this is over. 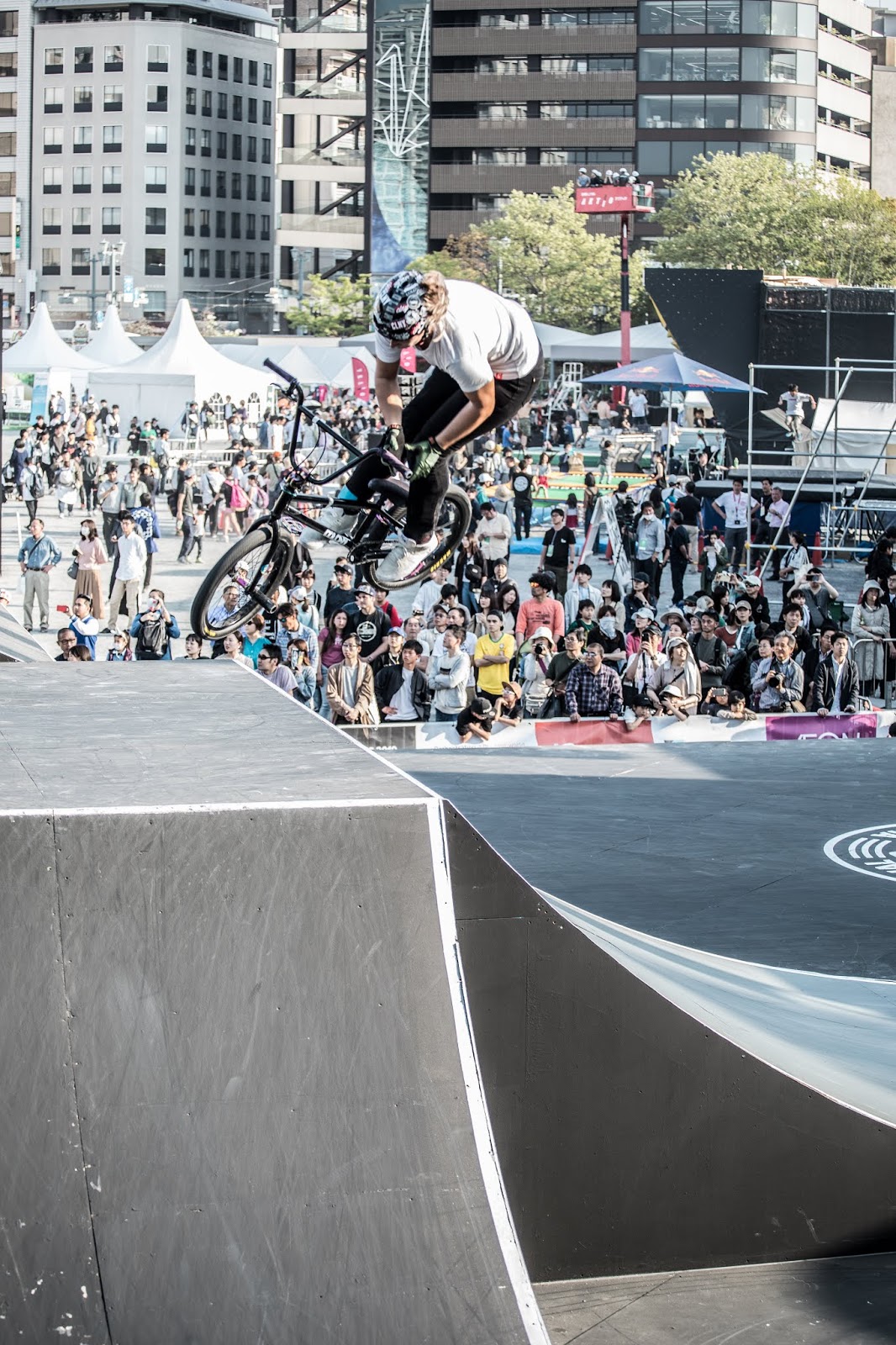 If a fan wants to follow you, where should they go?